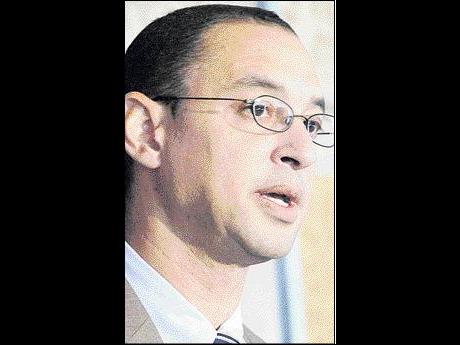 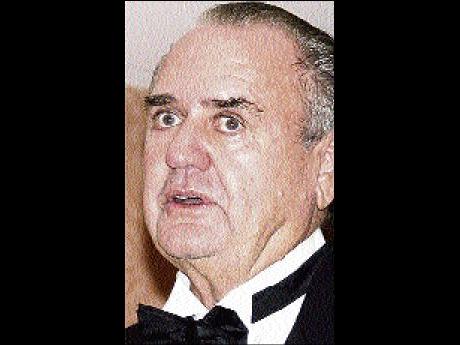 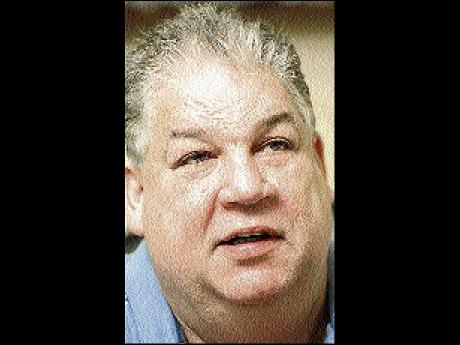 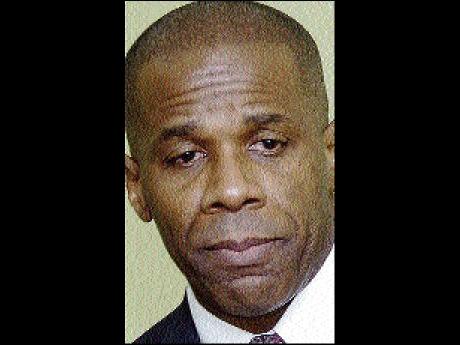 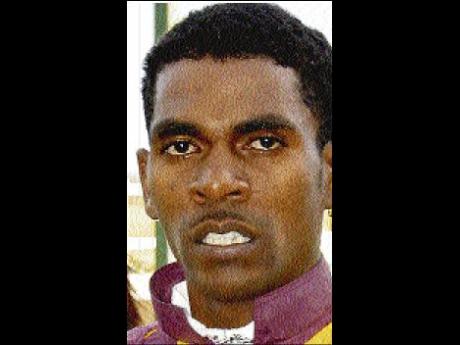 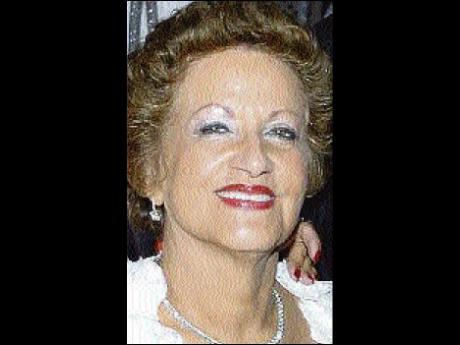 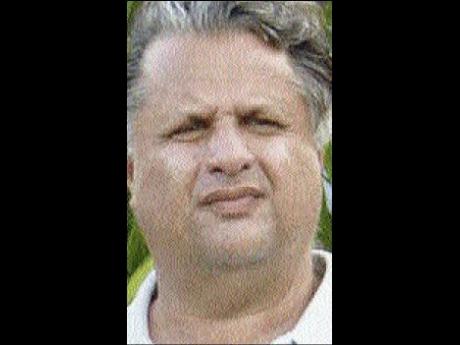 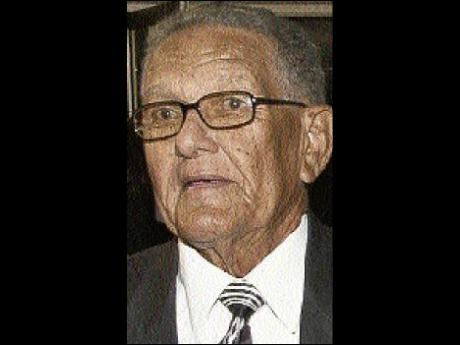 The past year was a challenging but unforgettable one for the racing industry, as Caymanas Park marked an important milestone on Saturday, August 22 - its 50th anniversary.

Easily the most significant development was the introduction of Sunday racing, beginning with that historic meet on November 29 and another on December 13, both offering eight races.

Punters turned up at the park in record numbers for the first meet, many of the 17,0000 patrons who wagered $17.9 million, wanting to be a part of history.

The second Sunday meet two weeks later saw another full house, but the long lines and overflowing car parks, not to mention the carnival atmosphere of the first meet, were less evident. Sales for the day fell to $15.3 million.

Sunday racing was promoted as a family fun day by Caymanas Track Limited (CTL), with in-field activity geared towards parents and their kids for the most part.

However, with the Off-Track Betting parlours (OTBs) islandwide barred from opening on a directive from the government days before the first meet, this largely due to the outcry and lobbying of the Church, CTL lost millions on both meets.

Off-track betting accounts for 70 per cent of the company's sales on local racing and with this vital component missing, CTL took a decision not to proceed with any Sunday meets in 2010.

In explaining the decision of the CTL board to scrap Sunday racing, Chris Armond, a director and also chairman of racing's Advisory Council, said: "We took the decision after looking at the statistical data for the two experimental meets. If we can't open the OTBs we can't make it work," he argued.

All in all, 2009 was a year of transformation for the promoting company, CTL.

To begin with, the industry was jolted by the dismissal of the CTL board by the minister with responsibility for racing, Don Wehby, in late January. This came in the wake of a damning report by contractor general Greg Christie into alleged irregularities surrounding a proposal by a local cable company to supply satellite services for simulcast racing from South Africa and the United Kingdom to CTL, a public body, and the conflict of interests involved.

In February, Wehby appointed noted MoBay businessman Tony Hart as chairman of the new CTL board with well-known owner Raphael Gordon as vice-chairman.

The other directors are Chris Armond, Danville Walker, Howard McKenzie, Shirley Gayle-Sinclair, Camille Buchanan, councillor for the Gregory Park division and Ian Parsard, the only member retained from the previous board.

The new board was charged by Wehby to find new and innovative ways of increasing the revenue inflows of CTL, a company which struggled to remain viable throughout the year due to stiff competition from the various lotteries.

In keeping with this commitment, there was a one-day retreat on June 23 involving CTL, the Jamaica Racing Commission, Betting, Gaming and Lotteries Commission and minister Wehby to chart the way forward. But by year's end not much was achieved against the background of a worsening economic situation in the country.

Of significant importance was the return of Armond to CTL after an absence of 11 years, during which he spearheaded the racing product in Trinidad and Tobago and later Barbados.

Unlike 2008 when racing lost one race meet due to the passage of tropical storm Gustav, there were no hurricanes in 2009, and no disruption of racing. Still, sales on local racing struggled to keep pace with simulcast racing which added more tracks in North America as the season progressed, to the extent that sales on simulcast racing surpassed local racing for the first time in mid-year.

On the track, no horse captured the imagination of the public as the 2008 Triple Crown winner and Horse of The Year ALSAFRA, or for that matter MIRACLE MAN, who was unbeaten in 10 races, did throughout 2006.

BRUCEONTHELOOSE, who failed by a short head to win the Triple Crown when beaten by fellow grey HE'S REALLY OK in an epic duel in the closest ever running of the UBA Derby, clearly had the potential to become another MIRACLE MAN. But after winning the St Leger in July, the owners of the Philip Feanny-trained colt by Wheelaway - Road To Justice took a decision to ship him to Trinidad & Tobago (T&T) where he duly won their Derby by the proverbial city block and was unbeaten in five subsequent races to be a shoe-in for Horse of the Year in that country. Bred by HAM Stables Limited, 'BRUCE' was conditioned by top trainer John O'Brien in T&T.

With BRUCE gone, HE'S REALLY OK failing to follow through and ALSAFRA a shadow of her old self, the Horse of the Year must surely be the Wayne DaCosta-trained four-year-old filly AHWHOFAH, winner of five grade one trophy races under big weights, including the Caribbean Sprint for the second consecutive year. She is owned and bred by Winston Kong.

The Spencer Chung-trained three-year-old filly SAINT CECELIA distinguished herself by winning the 1000 Guineas, the Oaks and the Gold Cup while finishing a good second to BRUCEONTHELOOSE in the St Leger.

Two American-bred fillies, HONEYOFALADY and RACING MACHINE, also did well, not to mention the top two-year-olds, the Percy Hussey-trained COLONEL WALES, winner of the $3.5 million Supreme Ventures Jamaica 2-Y-O Stakes and the runner-up in that race, CLASSY PROSPECT. And Claimer of the Year must surely be FOREVER MINE, who finished third in the Caribbean Sprint after winning four races up to the overnight allowance level.

Mention should also be made of the Noel Ennevor-trained 4-y-o gelding HOMBRE who scored a huge upset in the ADL Superstakes over 2000 metres on November 14, with Andre Martin aboard.

Despite failing to saddle a classic winner, new Hall of Fame inductee Wayne DaCosta towered over rivals to win the trainers' championship for a fifth consecutive year with 78 wins. DaCosta, who won his ninth championship, amassed record stakes of $44 million, almost doubling that of closest rival Anthony 'Babu' Nunes.

Lower down the order, Ryan Darby did well to finish fifth (30 wins) with basically claiming horses and should cap the Most Improved Trainer award.

Among the jockeys, Walker, despite being sidelined for the last two months with injury sustained in a spill on October 31, captured a third consecutive title when holding on to beat Paul 'Country' Francis by one winner.

Despite failing in his bid for the title, Francis enjoyed a fine season. He emerged the jockey with most stakes ($43.3m), winning a memorable Derby aboard HE'S REALLY OK, while Dane Nelson, Shane Ellis and Dick Cardenas finished high on the list with well over 50 wins each, the young Panamanian Cardenas looking the most improved rider in 2009. The apprentice Doushane Gordon, who started riding on September 2, also created a strong impression in finishing among the top ten (ninth) in the standings with 26 wins.

Among the 2009 batch of apprentices to graduate from the Jockeys' School in August was a lone female, Georgina Sergeon, who has so far ridden two winners.

Ruth Hussey won the owners' championship for the second time, 'outfinishing' former champion Elias Haloute on the last day in a close championship, thanks to the emphatic victory of COLONEL WALES in the big Supreme Ventures two-year-old race on Boxing Day. The breeders' championship also went down to the wire with HAM Stables Limited retaining the title at the expense of many-time champions Orange Valley Estates Limited, both amassing $31 million.

Racing lost the veteran Hall of Fame trainer Allan 'Billy' Williams in May at age 78, a victim of pneumonia, as well as popular trainer Donovan Bruce, who was shot and killed by a gunman at his stable on November 6.

Other noteworthy happenings are as follows:

Stakeholders got a $110-million purse-increase from CTL in September.

Record Thoroughbred Owners and Breeders Association of Jamaica yearling sale on November 15 at Caymanas Park. Four yearlings were sold for $2 million and over, including a chestnut colt by Traditional out of the 1994 Guineas winner Melissa's Song who fetched the record price of $2.8 million. He was purchased by Trinidadian owner Merlin Samlalsingh specifically to race in Trinidad.

Increased sponsorship for racing in 2009, including high-powered sponsorship by Amalgamated Distributors Limited for Superstakes Day, not to mention Champion Betting Limited for its claiming series; Track Price Plus for its popular Dig-Out Handicap and the United Bookmakers Association for the Derby and Supreme Ventures Limited for the rich and prestigious two-year-old series.

Combined graduation ceremony for new apprentices and trainers at the JRC in August.