When it comes to naming horses, sometimes anything goes 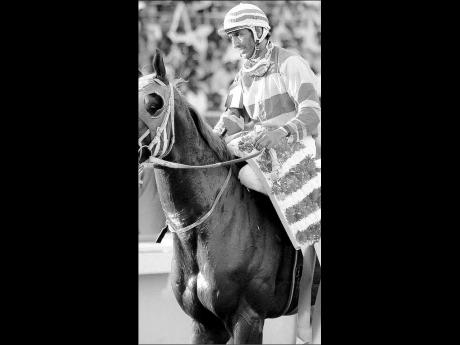 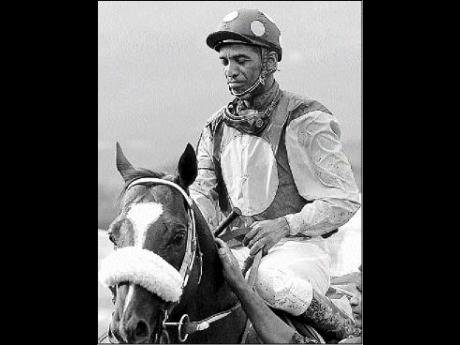 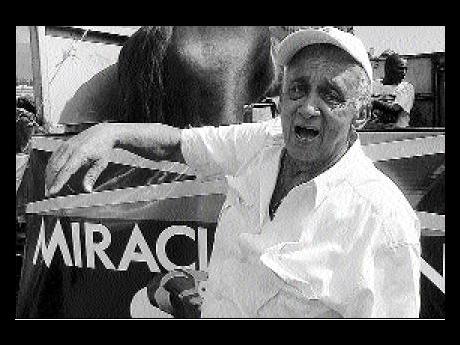 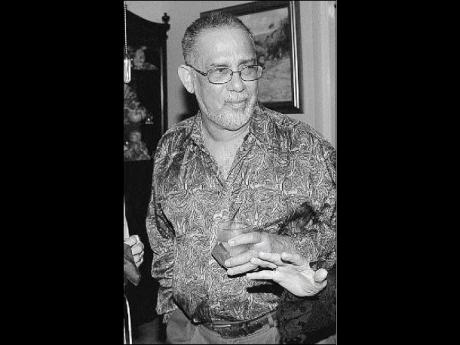 Winston Griffiths aboard A KING IS BORN.

Ever wonder how horses are named? In thoroughbred racing, the naming of a horse is done largely through its connection to the breeding, either on the sire's side (father) or the dam's side (mother), or a combination of both..

The 2004 Derby winner was bred by Ken Gooden, owner and breeder, of the dam, DISTINCTLY NATIVE, who was also a Derby winner in 1990.

DISTINCTLY IRISH is by the stallion Irish Quest - hence the word Irish to complement Distinctly.

Hamilton is also the owner of another Distinctly Native offspring - A KING IS BORN - now retired to stud.

By champion sire Royal Minister, A KING IS BORN won the Guineas and Derby in 2003, not to mention the Horse-of-the-Year award. Hamilton said the horse looked so majestic as a yearling that A King Is Born was the only name applicable.

Significantly, DISTINCTLY NATIVE and her two sons, DISTINCTLY IRISH and A KING IS BORN have one thing in common: All three won the Derby but subsequently lost the St Leger (season's final classic) in driving finishes!

Dennis Lee, who conditioned the Footloose II bay colt RUN PAPA RUN to win both the St Leger and Governor's Cup (Lotto Classic) in 2004, said the horse's name is linked implicitly to his pedigree, specifically to his mother, RUN MARISA RUN.

The name was perfect for RUN PAPA RUN who was bred by Henry W. Jaghai at Bombay Stud Farms in St Catherine.

Perhaps the most spot on naming of a horse was conceived by popular owner/breeder Joseph 'Fudgie' Duany, who enjoyed unprecedented success with his superhorse, MIRACLE MAN in 2006.

In 2003, Duany suffered from heart failure and was almost written off for dead. But he made a miraculous recovery and as the story goes, a nurse christened him 'Miracle Man'.

Back on his feet, Duany decided to call his next horse MIRACLE MAN and the rest is history.

As a three-year-old in 2005, MIRACLE MAN won the Derby, St Leger, Governor's Cup and Superstakes to be voted Horse of the Year. And in 2006, he was unbeaten in nine grade-one trophy races locally and capped the season with a historic win in the Confraternity Classic in Puerto Rico, becoming the first Jamaican horse to win an international race. MIRACLE MAN was once again acclaimed Horse of the Year, this time by unanimous acclaim.

By Law Of The Sea out of Hya, which makes him a full brother to MIRACLE MAN, HERECOMESFUDGIE, who was named after the owner, will best be remembered as the horse who foiled the Triple Crown bid of his more fancied stable-companion A KING IS BORN in the 2003 St Leger, getting up in the nick of time to beat him in a driving finish.

Popular owner/trainer Carl 'Django' Anderson has a unique way of naming his horses - Cat this or Cat that.

Those that come readily to mind are CAT LEGEND, JUST A CAT, SECRET CAT, LAWS OF THE CAT, CRUCIAL CAT, EXPLOSIVE CAT, ALIAS MR CAT and the best of them, STEEL DE CAT who won a number of races last year up to the open allowance level. Anderson is also the breeder and former owner of RISTO-CAT, winner of 11 races.

The legendary ROYAL DAD, the first Triple Crown winner at Caymanas Park in 1981, was a classic case of a horse named for his breeding.

'THE DAD', as he was affectionately called, was by Bagdad out of Royal Snob, so his co-owners Claude Swaby and Leslie Hoo aptly named him ROYAL (Royal Snob) DAD (Bag-dad).

In the wake of ROYAL DAD's success, Swaby and Hoo named their next horse SUPER DAD, hoping that this one would be another world-beater. They even used the same trainer, Kenneth Mattis. But SUPER DAD turned out to be a 'super dud' and out of frustration, the owners sold him to trainer George Headley Jr who proceeded to win three consecutive races with him up to 'B2' class.

Leading Horse-of-the-Year contender AHWHOFAH was christened with a most unusual name by his owner, Winston Kong.

Kong explained that the name was derived from a situation which played out at an electronic media house many years ago, when a flirtatious presenter became pregnant and her co-workers began inquiring: A Who Fah?

Prominent owner Donald Williams, CEO of Allied Protection Limited security company, kept it simple by naming his classic-winning horse ALLIEDFORCE. In 2006, ALLIEDFORCE not only won the Governor's Cup, but the St Leger as well.

Williams said that being an ex-military man, the horses he has owned over the years are synonymous with military-related names such as CORDITE and FUSILIER.However, he departed somewhat from the usual formula by naming the two-year-old filly HERROYALHIGHNESS for his teenage daughter, Nikita. And HERROYALHIGHNESS duly won on her recent Boxing Day debut and Williams, along with Nikita holidaying from university in the United States, was on hand at Caymanas Park to share in the occasion.

Trainer Robert Darby Sr, who has saddled more than 500 winners at Caymanas Park, contends that the naming of horses are connected to their breeding for the most part. However, he has departed from this concept every now and then, naming YOUNG ROBERT after his son, Robert Darby Jr - now a trainer.

In the late 1990s, jockey-turned- trainer Collin Maragh named the horse RAJMIR after his two sons, Rajiv and Shamir (Raj-mir), then pre-teenagers. Rajiv Maragh is now creating huge waves as a jockey on the North American circuit, specifically New York, while Shamir is preparing to become a jockey as well.