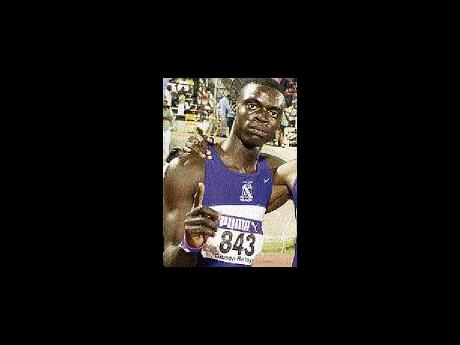 The sixth staging of the annual Douglas Forrest Invitational Track and Field meet will take place at the National Stadium for the first time today.

The event, which is expected to attract close to 70 high schools, clubs, colleges, institutions and individuals, and more than 2,000 participants, will see action in more than 60 events, including the 200m, 800m, 1500m, medley relays, 4x400m, long jump and high jump.

"Everything is in place and we are good to go right now. We are just putting on the final touches as to the logistics at the stadium," meet founder and director, Brian Smith, told The Gleaner yesterday.

"I am expecting a very good day of track and field with stellar performances in the 200m, and potentially in the 800m, and the relays which promise to be exciting," he added.

Named in honour of one of Kingston College's long-serving principals who served the North Street institution during the 1950s, '60s and '70s, the meet will serve as a warm-up for athletes and teams preparing for this year's 100th staging of the ISSA GraceKennedy Boys and Girls' Athletic Championships.

The 200m field will include World Youth representative Dwayne Extol of Wolmer's Boys and Rolando Berch of Kingston College.

Another feature of the meet will be the special guest appearance of 2000 Olympic 100m and five-time World Championships gold medallist, American Maurice Greene, and 2004 Olympic and 2005 World 400m champion, Bahamian Tonique Williams-Darling.

"It's an opportunity to give back and contribute to the sport we love," said Williams-Darling, following her arrival on Thursday.

"I came here before for the Gibson Relays and know that Jamaica has a number of talented young athletes and, as such, I look forward to being part of the excitement tomorrow. Also, I will be spending my birthday [on Sunday] in the country, and there is no better place to ring in your birthday than Jamaica," she chuckled.

Williams-Darling will also be coaching two athletes at the event, 19-year-old Joedano Stubbs and 23 year-old Leasha Rowle, who will both compete in the 200m.

Greene arrived in the island on Wednesday and attended the 49th RJR Sports Foundation National Sportsman and Sportswoman of the Year Awards ceremony on Thursday night.