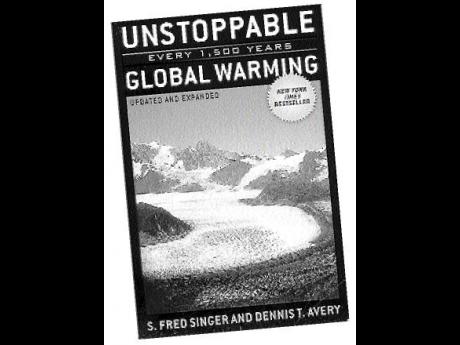 Both authors have impeccable qualifications and are eminently qualified to put together this challenging book by Rowman and Littlefield Publishers, which has been on the New York Times Best Seller List.

Fred Singer, the distinguished research professor at George Mason University, has published numerous books and research papers and served as the first director of the United States (US) National Weather Satellite Service and served for five years as vice chairman of the US National Advisory Committee on Oceans and Atmospheres. Dennis Avery has been a senior fellow of the Hudson Institute for more than 10 years, has written several books on environmental issues and is a regular contributor to many journals and newspapers.

The topic of global warming has dominated recent news with the United Nations Intergovernmental Panel on Climate Change (IPCC) major conference in Copenhagen at the end of 2009. The IPCC position that has dominated the news and much of the scientific establishment's position is that:

Greenhouse gases - mostly carbon dioxide - generated by the burning of fossil fuels is leading to global warming, which will have disastrous consequences on Earth. Every effort should be made, through international treaty, to reduce the emissions of greenhouse gases.

The book, Unstoppable Global Warming, agrees with the principle of global warming, but for a quite fundamentally different reason. The reason, they argue, is: There is an element of inevitability about global warming caused by the effects of solar radiation on the Earth, and this is backed up by an enormous amount of scientific evidence to substantiate the 1,500-year cyclical effect of warming and cooling in relatively recent times. The Earth continually warms and cools.

The book, therefore, comes as a challenge to a well-publicised political campaign by IPCC, supported by an uncritical media to get a general agreement by the world community to sign on to a basic agreement to reduce carbon dioxide emissions. As one reviewer comments:

"Singer and Avery highlight the many fallacies associated with the hysterical claims of dangerous climate change and unsubstantiated computer projections surrounding the theory of human-caused global warming. They have managed to lay out, dissect and expose the facts in a thoroughly readable style. The book is a must read for everybody who is interested in the real issues surrounding climate change"

The book records and provides the impressive evidence for many of the major items of evidence for the global warming cycles which have been experienced in recently recorded historical times. Some of these are:

These ice-core findings correlate with known advances and retreats of glaciers of the Arctic, Europe, Asia, North America, Latin America, New Zealand and the Antarctic.

The 1,500-year cycle has been revealed in seabed sediment cores from the North Atlantic Ocean, the Arabian Sea, the Western Pacific and the Sargasso Sea.

In both Europe and South America, archaeologists have evidence that prehistoric humans moved their homes and farms up and down mountainsides during warming and cooling periods.

There are many different considerations in the debate. Among these are technical considerations with the idea of carbon credits, political considerations such as a country's plans for its national developmental directions, and economic issues on the use of energy and the costs of the replacement of existing fossil fuels.

In the latter case, it is well documented that the use of energy has grown exponentially with the transition - Primitive Man, Agricultural Man, Industrial Man to Technological Man.

The United Nations idea is essentially aimed at putting a break on world development. How has the project fared?

The first attempt, the Kyoto Protocol of February 16, 2005, has died for lack of commitment and a basic unwillingness to face the implications of the emission control agenda.

The latest attempt: the Copenhagen Assembly of 2009, has not had the overall support anticipated to get a signed endorsement from the nations of the world. Why is that so?

First, there has been a great deal of hypocrisy, particularly with the European nations whose commitment to carbon dioxide reductions has been minimal. Developing countries have not bought into the idea.

Second, China and India, two emerging developing industrial giants, have indicated that they have no intention of minimising their development goals which are, as expected, heavily energy dependent.

Third, while the US president is committed to the concept of reducing atmospheric pollution and global warming, he still has a House and Senate to persuade to go through the tough financial implications in the light of the significant recessional fears and a large budget deficit.

What are the implications of the position taken by the book?

1. There is a certain inevitability of global warming which should require a clear understanding and preparation but not panic.

2. Some of the panic predictions by the environmental lobby and Al Gore - recipient of a Nobel Peace Prize - should be seen as unsubstantiated.

3. The world should expand its environmental thrust and anti-pollution agenda, but not abandon fossil fuels in any wholesale way.

4. Collaboration, at the international level, in genuine and truthful scientific research and development should be expanded.

5. The implications of the emission reductions will be a very expensive process and the questions being asked by both developed and developing countries is: where is the money to come from?

Three challenges are issued in the final conclusion to those who warn of climate catastrophe:

1. That the greenhouse gases are certain to raise global temperatures significantly higher than they rose during previous natural climate warming cycles

2. That such a warming would severely harm human welfare and nature and

3. That rational human actions could actually forestall whatever warming may occur.

None of these have been successfully answered to date by the global warming alarmists.

The book needs to be carefully read by policy makers and the information contained in its well-documented pages widely distributed by the media.