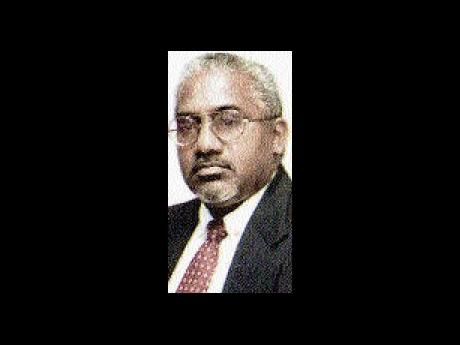 
Writing in The New York Times of January 10, 2010, columnist Frank Rich quoted Paul Volcker, whom he described as "the regrettably powerless chairman of Obama's Economic Recovery Advisory Board", as saying recently: "There was not 'one shred of neutral evidence' that any financial innovation of the past 20 years has led to economic growth. Citi, that 'innovative' banking supermarket, destroyed far more wealth than Weill can or will ever give away."

Perceptive and hard-hitting, Rich describes the ruinous impact of Wall Street's 'innovations' - credit-default swaps, NINJA loans, and the like - after repeal of the Glass Steagall Act.

NINJA refers to a 'No income, no job, no guarantee, no asset verification, no deposit' subprime mortgage loan.

Glass Steagall was enacted after the 1929 crash. It set up firewalls among banking, stock brokerage, insurance and other financial services. Its 1999 repeal enabled 'pin-stripe-suited' gamblers, rather than bankers, to rule on Wall Street.

Weill, former chief executive officer of Citigroup, said in an interview that he would prefer to be remembered for his philanthropy.

The interview obviously piqued Rich's ire. He dubbed the '9/15 Wall Street meltdown' as "the ticking bomb", much worse than 9/11.

The '9/15' references the September 15, 2008, start of the financial crisis precipitated by the failure of investment bank Lehman Brothers.

Whereas Carnegie's philanthropy created thousands of libraries all across America, Weill and his compatriots created billions in bonus payments for the group that Americans now call - à la Mafiosi - 'banksters'.

It is as if the moguls of Jamaican finance of the 1990s preferred to be remembered for their support of the arts and culture rather than the meltdown they caused. Consider J$170 billion at 17 per cent interest for 14 years.

At simple interest, that is J$28.9 billion each year. Try to compound it and your Excel spreadsheet gets flabbergasted. It reports '1.309E+09', a big number elevated to a big power!

That's 'a whole heap a' money - no need to calculate really.

This, in great measure, is the origin of our current fiscal crisis. So, yes! If new Bank of Jamaica Governor Brian Wynter can shove interest rates down to 5.0 per cent, we will be in hog's paradise - an unending trough, beginning at Blue Mountain peak, and ending at Palisadoes.

Perhaps, happily, he can't. But this is the sharper horn of our dilemma.

The cost of capital in Jamaica is too high.

No sensible, thoughtful wealth-holder is about to engage in factory building, labour-employing and market-seeking from industrial sites in Hanover or St Thomas when he can relax at home, often earning as much as 17 per cent off government paper.

When the Lee-Chin mutual fund group AIC purchased National Commercial Bank fully stocked with government paper, replacing soured and toxic loans, it could have shut down all loan operations and fired all the bank's heretofore poorly performing risk-assessment officers.

Theirs would have been a soundly profitable bank with no need to lend even a cent to innovative, enterprising Jamaicans.

The FINSAC Commission of Enquiry has disappeared.

Maybe that is a good thing, but now we will not have even a remote chance of ever knowing, or understanding cause and effect in our financial meltdown. Instead, we are treated in the press to the woes of corruption at the National Housing Trust, among the police, at the Customs, even at the Contractor General's Office, and every which other place.

It is mind-boggling to conceive of an 18-year veteran at the Contractor General's Office involved in a contracts scam at our National Housing Trust - one of the abiding great and potentially developmentally powerful innovations of the Manley administration of the 1970s.

Prime Minister Bruce Golding and Minister of Finance Audley Shaw must walk on two, actually, their four legs. Surely, they need short-run devices to shore up the budget. This they are doing in an awfully inept way.

My friend and colleague Damien King summed it up so well in his talk to the Lions Club.

"When we talk about taxation, the only thing that's important is the collectability of the tax, the ability of the tax to earn revenue and not to chase away the activity you are taxing, and in many of the taxes we have failed on both those counts, including trying to tax 578 people at the rate of 35 per cent."

Apparently, his '578 people' was slightly off. His point nevertheless, loses no validity.

For the longer run, our government needs to defeat corruption, cost overruns, 'gully building and cleaning contracts' and others that are undeniably a major contributor to, and true cause of our inability to prosper as a nation.

Surely, we must reign in the 'plunder culture' of our centuries-old 'Port Royal syndrome'.

If we don't, interest rates demanded from government borrowings will continue to be exorbitant, a kind of mandatory compensation for non-productive gouging - be they legal but unconscionable fees and charges, or illegal protection money, contract scams, stolen cement, etc - from almost all potentially productive investment undertaken in Jamaica.

EDITOR'S NOTE: Wilberne's column will return to the Financial Gleaner on Friday.