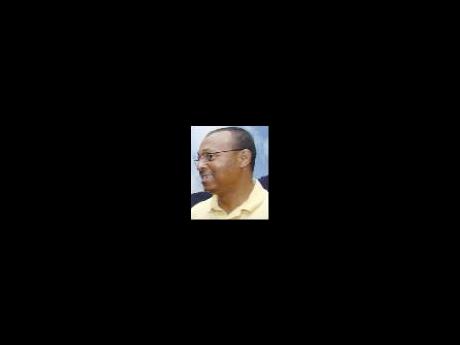 The Government of Jamaica has extended an offer to the major holders of its local debt to participate in a "voluntarily exchange" of these securities for new notes with lower coupons and longer maturities.

The base rate for the variable-rate instruments will no longer be a market-determined one, as the Government aims to minimise extreme variances in interest costs.

The GOJ will also be temporarily fixing all VR instruments for three, six, or 12 months. As it relates to USD instruments, coupon rates will now be in the range of 6.75 per cent to 7.25 per cent.

The offer is aimed at reducing central Government debt-servicing costs and lengthening the maturity profile of its liabilities. The debt exchange is expected to reduce the government's interest cost by $42 billion annually.

Approximately $700 billion of local currency fixed-rate and variable-rate bonds and US dollar bonds with maturity dates at or beyond February 16, 2010, will be affected. Treasury bills and Bank of Jamaica Certificates of Deposits will not be a part of the offer.

Having seen its December debt issues shunned by the local market due to uncertainty surrounding the Government's fiscal position, the Government of Jamaica issued a very short-dated instrument on January 12.

Subscriptions opened for a 60-day Treasury Bond 2010 that has a fixed interest rate of 12 per cent per annum. Interest will be paid at maturity.

This FR Treasury Bond is relatively attractive given that the coupon is higher than the only current BOJ tenor of 30 days, with a yield of 10.5 per cent.

Another critical feature is that it is not callable, and, therefore, reduces the call risk of the instrument.

Market activity was slow at the start of the week as brokers awaited word on the Government's debt-exchange programme. There was a marked increase in activity once details of the programme were released, along with news that the International Monetary Fund (IMF) had reached a deal in principle with the Government.

There was demand on most bonds as the market viewed the debt exchange and IMF deal as positive news for global bonds.

There were some offers on the 2015s at $94, however, trading appeared slow on this bond as buyers chose to chase other bonds along the curve.

The 2039s had moderate demand with buyers looking to acquire bonds within the $73-$74 range. Offers were hard to come by and were closer to $76.

There was no activity on the GOJ Euro 2012 and 2014. Both euro-denominated bonds closed with indicative offers of $96 and $95, respectively.

The Jamaican global bonds saw limited trading over this past week as buyers, for the most part, stayed out of the market.

There was no activity on the Govern-ment of Barbados 2021. Indicative offer was $103 while indicative bid was $102.

Brokers continue to reported a relatively moderate market for the USD this week with reported end-earner sale between $89.70 and $89.90. There was no BOJ intervention. The weighted average selling rate for the USD was expected to close the week between J$89.68 to $89.70. The Canadian traded at a high of $89.70 and low of $85.30.

Directors and Associated Companies of Supreme Ventures Limited sold 1.12 billion units or 43 per cent of its issued shares at $1.95 on Monday.

Declines in the shares prices of some financial stocks accounted for the significant slippage in the index.