Searching for hope amid the collapse 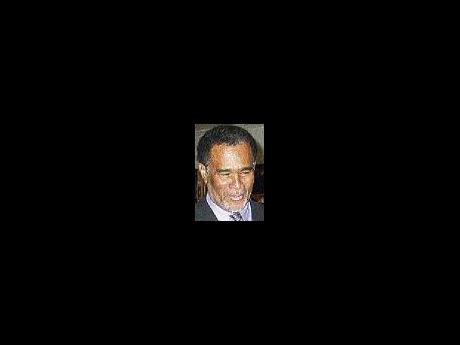 
Last Tuesday afternoon, while occupants of New Kingston's multi-storey offices were distracted by mild tremors, they could not have imagined that less than 300 miles away, Haiti's capital city of Port-au-Prince suffered the hemisphere's worst disaster ever. The earthquake which struck the Caribbean's and the world's poorest country as evening approached devastated life and property, dragging millions of Haitians from poverty to destitution in a flash. Indeed, as the fatalities rise, it is likely to be recorded among the deadliest earthquakes in history.

There has been an outpouring of sympathy from civil-society groups around the world, while international agencies and many countries are already mobilising emergency supplies and rescue crews as they did five years ago, when one of the most violent tsunamis swept Indonesia, Sri Lanka and other Asian countries. The Obama administration, in particular, has responded with notable urgency, with the US military providing needed hardware and anchoring critical logistical operations. China, which has suffered three of the 10 deadliest earthquakes in recorded history and the two deadliest ones, has been among the first nations to send rescue crews and emergency relief.

The Jamaican Government and people, too, have begun to mobilise assistance for one of our closest neighbours, which has for centuries struggled against natural disasters and brutal exploitation. The united stance of the prime minister and leader of the opposition symbolises the solidarity of the Jamaican people with this cause. Nothing less would have been expected of us, considering that our bonds with the Haitian people were forged in the crucible of slave revolts over the centuries, when guerilla fighters from here and there sought refuge from French and British slave masters.

In the 19th and 20th centuries, political and economic upheavals in Haiti continued to drive refugees to our shores, and this disaster is likely to set off new pressures here and among other Caribbean neighbours. At a time when we are facing tough economic conditions, there may be an ebb in public sympathy, but in the words of CLR James from the appendix to his classic work on the Haitian Revolution (Black Jacobins) ... "in a scattered series of disparate islands" we are nevertheless "peculiarly West Indian, the product of a peculiar origin and a peculiar history" ... that binds us. A coordinated Caribbean-wide response would assure the Haitian people in this nightmare of the connectedness about which James wrote.

Yet it is the Americans and the French, the economic powers who bear the deepest of all responsibility for Haiti's blighted development, who have now been presented with the opportunity inherent in this crisis to contribute to its liberation from destitution and chronic underdevelopment. Shorn of crude hegemonic practices typical of their past relations with the Haitian people and imbued with commitment to modern democratic systems of governance, these powers could provide the platform for a United Nations mandate to guide Haiti's reconstruction and development in the immediate future. Past interventions to mediate conflicts in Haitian political and economic crises have, unfortunately, not been pursued along these lines, and have, therefore, failed.

That China was such an early responder to the Haitian disaster is noteworthy, and can be attributed to its own long history of deadly disasters, the last of which was the massive earthquake which struck months before the Beijing Olympics in 2008. Their help, therefore, reflects humanitarian concern. We should not, however, ignore the growing power of China in the world economy and its response to significant global events as it seeks to widen its influence.

Just a few days ago, news broke that towards the end of 2009, China had not only become the world's number one exporter, toppling Germany, but had eclipsed Japan as the second-largest economy. Only four years ago, China stood in fifth spot behind France, Germany, Japan and the United States, but with its economic machine advancing relentlessly, even in the face of the deepest global recession in seven decades, it sped past Japan, ahead of all expectations.

Inevitably, the changes in the economic landscape are leading to shifts in the balance of power globally, and also among Asian countries. While for much of the past two and a half decades Japan has been the dominant source of development assistance, China is set to become a larger player as its pool of surplus capital expands rapidly. Jamaica is already a beneficiary of this new source, with Chinese state entities providing significant development financing for economic projects in water supply, port development and road infrastructure.

There are, however, fears about whether China's economic miracle could be set back by Japanese-type speculative bubbles in housing and other real estate, as well as industry. These fears are being fed by the breakneck pace of credit expansion as state-run banks were ordered to increase their lending as part of the stimulus package to pump money into the Chinese domestic economy. Signs of overheating of the economy could be the doubling of housing prices, a jump in imports, and the surge in automobile sales, which reached nearly 14 million units in 2009, surpassing the USA as the biggest market. Concern that this trend may intensify is, perhaps, behind the initial steps taken recently to tighten credit.

With the US economy severely weakened by the financial crisis, it is not able to provide the momentum which normally drives recovery of the world economy from recession. Hence, there is increased dependence on China and other Asian economies. A setback to the Chinese economy would, therefore, stymie global recovery.