Jamaica Music Museum - a sample of what can be 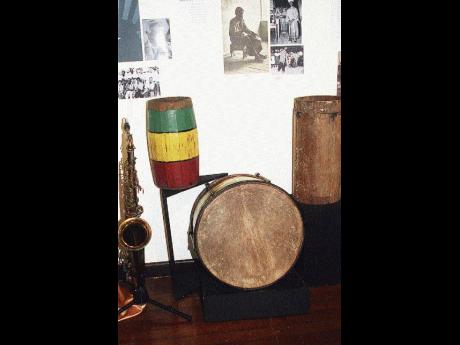 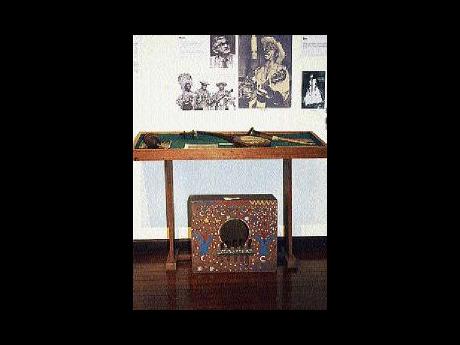 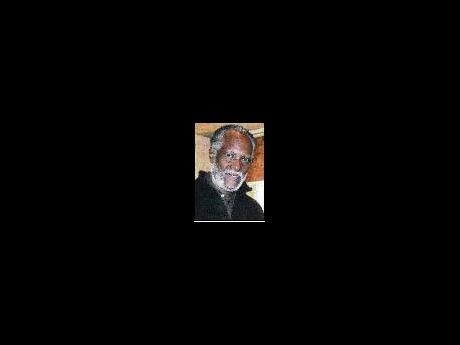 The horn and the drum, brass and Rastafari, the unlikley confluence which centred around Count Ossie.

Herbie Miller stands near the middle of Jamaica's musical chronology in words, images and artefacts along the side of a partition at the Institute of Jamaica, downtown Kingston, and said "I like to call this our 22 yards of Jamaican music history."

That distance is, of course, the length of a cricket pitch, and the sport has its own rhythm. But the director of the Jamaica Music Museum is referring to another kind of rhythm, the music that is woven into the tapestry of Jamaican life.

The mini-exhibition went up on International Reggae Day, July 1, 2009, with the stated understanding that it is an indication of what can be - and maybe an implicit acknowledgment that what is mounted is not visually overwhelming. Under the headline "The Music of Jamaica: People, Voice, Song" the exhibition statement reads, in part, "the primary purpose of the mini-exhibition is to illustrate that - with adequate space, staff, budgetary support and minimal bureaucracy - the Jamaica Music Museum will fulfil its mandate to gather, disseminate, educate and entertain visitors from home and abroad."

And Miller make it clear that each section of the chronology, which tracked technological changes in instrument construction and music production, even as it showed changes in Jamaican music genres, could have its own gallery in a museum.

"It is about social history, technology and specifically about music history," Miller said.

So the words and images are posted on the partition, with instruments below. Those instruments are a strong measure of the technological development, starting with a drum made from a hollowed tree stump at one end and a drum machine (donated by Sly Dunbar) at the other. Midway a walk through the exhibition, Miller chuckles as he noted the change in dressing, from not much clothing in the beginning to formal English dress for the jazz players and rocksteady singers.

The journey began with the Tainos and under "One People. One Voice, One Song" is written "from earliest ties until today, music has been a source of inspiration that has allowed Jamaicans to endure, resist and dream. Music represents events from procreation to burial."

Miller takes a hands-on approach to the instruments on display, taking up the drum. "This was high technology of the time. You fall a tree, hollow it out, kill an animal and use all the parts, decorate the drum with images about what it is to be used for," he said. After he takes up a kalimba and uses his thumbs to play a few notes, he points to the active use he wishes to be made of the items on display.

Miller said they shouldn't be "just relics sitting there dead and motionless". He wants people to do "as I just did. To bring in the best qualified musicians to play on instruments, ancient and of modern times, for people to have a fuller understanding of how music was created."

Throughout the walk-through, Miller reminded The Sunday Gleaner of the technological changes - another is using a cow horn to make a wind instrument, then the introduction of brass instruments and then, finally, the replication of the sound with a synthesiser.

The rhumba box (below table) plays a central role in mento music. - Contributed


There are different streams of ethnicities, as well, who came with their music, including the Jews and the English. Miller reminded that each time Columbus would sight land they would sing praise songs. At the same time, he says with a smile, the Tainos were singing praises to their Zemis.

For Plantation Life, where there is a gumbe and an abeng, Miller said that like other groups "the Africans brought their ways of performing music and reasons for performing music ... You apply the African sensibility to the European technique and get a particular syncopation". And music like jazz is created.

The mini-exhibition covers revival and kumina, then goes into mento and jazz, a rhumba box and a banjo among the instruments. Miller pointed out Sugar Belly's original bamboo saxophone and how similar it is in appearance to the African aighaita. Wilton 'Bogey' Gaynair figures prominently in the jazz section, his picture on the partition, copies of his CD in the display case and also the mouthpiece for his saxophone, donated by saxophonist Tony Greene.

There are also pictures of Bertie King, Johnny Moore and Sonny Bradshaw.

Especially striking is a saxophone beside drums decorated with red, green and gold, which illustrates the fusion of the wind instrumentalists and the Rastafarian drummer, which centred around Count Ossie and is, Miller said, "the tradition on which ska emerged".

Prince Buster and Derrick Morgan are in the ska section, Don Drummond's picture above the lover he killed, dancer Margarita. Vere Johns, who ran the "Opportunity Hour" which turned out many talents, has his place. Then there is rocksteady, with Ken Boothe, Alton Ellis and Phyllis Dillon, among others. For the DJ it is written that the microphone was their instrument, Count Matchoukie, King Stitt and Big Youth among the creators and pioneers. Then there is reggae, with Dennis Brown, Marcia Griffiths, Third World, Burning Spear, Bob Marley and Culture. "It all came together in one pool," Miller said, that pool encompassing lovers rock, the commercial side and roots reggae.

Finally, there is dancehall, where Yellowman, Buju Banton, Shabba Ranks, Mavado, Sean Paul, Capleton. Lady Saw and Vybz Kartel have their place. The walk-through ends where the visitor can listen to a selection of music from the various forms of Jamaican music.

The process of collection is continuing, but when there will be a museum space of the capacity required to do the Jamaican music full justice is anyone's guess.

"The whole aim, especially in this hard time, is to keep it going as we look for somewhere to house it, to get grants and funding to support it," Miller said.

The mini-exhibition is open to the public during the Institute of Jamaica's regular opening hours, free of charge.