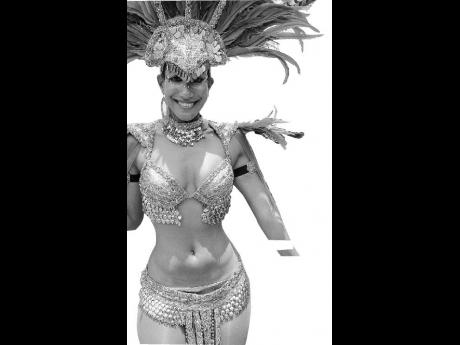 With Bacchanal Jamaica set to start in a few weeks, the organisers have taken the economic conditions into consideration to make the event affordable for patrons.

Under the theme 'Treasures', the 10-week season will begin on February 5 at Mas Camp, New Kingston, and end on April 11 with the big road march. And organisers said revelling can be had at the same cost as last year .

"We have decided to hold ticket prices at last year's prices. We are going to absorb the difference in GCT. We want to make it as affordable as possible so that people can come out, have a good time and don't spend too much money," said Michael Ammar Jr, director of Bacchanal Jamaica. He said, with the challenging economic climate, an increase might deter some patrons.

"Things are very tight and that's why we try not to give them (patrons) a financial excuse not to come out," Ammar told The Sunday Gleaner. "It is definitely challenging. There is devaluation, so all our overseas components go up, but we are working with the entertainers to keep the prices as close to last year as possible."

The sponsors have also been a major help. He said only one sponsor did not return. Some of the others, Ammar said, came back with even more assistance than previous years. He added that some of these sponsors have been with the event since its inception.

"We don't really change the sponsors too much. That's what makes us able to do it in a difficult climate like this," he said, while noting that the event is not necessarily a money-making venture, as it was started by six friends who were carnival junkies.

Ammar said planning for the 2010 Bacchanal Jamaica began last June and the venue will be worked on this week. The decor will be done closer to the start of Bacchanal. Meanwhile, the website should be completed by weekend, which will facilitate the purchasing of costumes.

"It's gonna have that Asian jungle feel," Ammar said of the venue. "It really looks nice and I am really excited."

No longer in 'Hollywood', this year's 'Treasure' theme, Ammar said, was chosen because of its exotic nature. With this, the treasures of the world, such as the gems and stones, will be depicted, as opposed to 'lost treasures'.

"It is a more exotic theme that the artists can work with. We came up with something that will allow people to forget about reality. Bacchanal Jamaica is a release valve for people," said Ammar.

"Last year was 'Gone Hollywood' and in that theme we were depicting Hollywood movies. The costumes this year will have lots of glitter, gems, stones ... exotic to reflect the theme."

In the road march, the sections will also reflect the theme. Two of the sections are Kalahari Sunstone (taken from the Kalahari Desert which is in Southern Africa) and Burmese Sunset (Burmese being the official language of Burma, Asia).