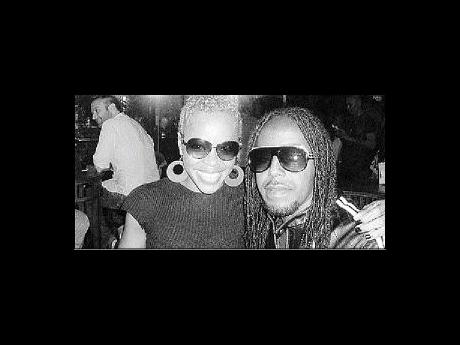 
Aisha Davis' hair is more up this year than it was in 2009. She snipped her locks, added some colour, and with a new look and renewed outlook she is looking forward to making 2010 better than 2009 was.

Not that last year, which for her closed with the Singapore trip, the JCC Charity Ball (which she will do again this year) and a performance at The Hills Come Alive, was in the doldrums. Just that, she said, "it never went as well as I thought it would have gone. Everything you do you need a new perspective, why it worked, why it didn't work, where are you going".

So last year Davis did not have any management. Now she is working on an arrangement with Edward 'Master Lee' Collins and doing an album with Code Red. However, she wanted the album to be finished last year and also hoped to do more performances.

"I just wanted to do more. I wrote and recorded, but not a lot of performances. That's what I'm looking at this year," Davis said.

She told The Sunday Gleaner that has "recorded quite a bit and still recording" towards the album and she's not planning to have more than 12 tracks on it. While it is "mostly reggae" there are other genres and elements of other genres. So Survivor has a rock guitar but is not a rock song while Dance With Me is one of a pair of dance music songs.

One of the songs has two titles so far, as Davis is yet to decide between Your Time To Cry and Broken-hearted. Whatever it turns out to be, the sentiment is the same revenge.

Then there are two songs with a similar theme - Lie To Me and Two Minds, which express when a person is half-way in, half-way out a relationship and stuck in indecision. Save a Dance For Me speaks to when a woman is with a man, but he has someone else. "Women do crazy stuff. People do crazy stuff," Davis said, clarifying that in the song she is not speaking about a literal dance.

Davis has ventured into collaborations outside of Jamaica as well, recording Put It Pon Me with Doggie Slaughter, coming up to the end of 2009. Davis said the song on the Secret Chunz and Code Red labels is getting good reviews in Trinidad and she is looking forward to what will happen for the carnival season. There is also a hook-up with Donnie Clang (a P Diddy signee from his 'Making The Band' construction effort) through a New York connection she made last year.

"I want the best for my child and me, surrounded by people who love and appreciate me and vice-versa."