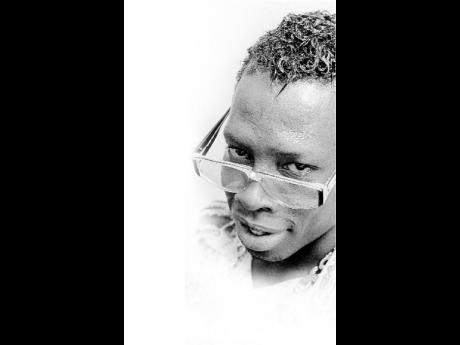 
Before he signed with a major American record company and became the 'Grammy Kid', Shabba Ranks was king of the Jamaican dancehall circuit and he earned that title by racking up a number of hit songs in the 1980s and early 1990s.

Many of those songs (44 to be exact) are featured on Shabba Ranks: Reggae Legends, a four-CD box set which was released last Monday by Greensleeves Records. Most of the hits on it were produced by Bobby 'Bobby Digital'

Dixon and Gussie Clarke, two of the heavyweights of the aforementioned period.

Reggae Legends is actually being marketed by VP Records, the Queens, New York label that bought London-based Greensleeves two years ago. The album is aimed at the British and European markets.

Shabba Ranks (real name Rexton Gordon) was born in St Ann but grew up in the Seaview Gardens community of St Andrew. He broke through in the late 1980s with the rocking Peeny Peeny which was produced by Dixon, who earned his spurs as an engineer at the legendary Waterhouse studio of Lloyd 'King Jammy's' James.

Most of Dixon and Ranks' early collaborations including Live Blanket, Weh Yu Get It From, Wicked Inna Bed and Dem Bow were risqué, but Dixon said it was not long before they turned the corner with conscious, radio-friendly songs.

"Wi did songs like Just Reality and Roots and Culture and showed dem that it wasn't just slackness. Wi showed dem that the artiste had a clean side," Dixon told The Sunday Gleaner.

Ranks also struck a fruitful relationship with Clarke who had had success with acts like Dennis Brown and The Mighty Diamonds.

Clarke had assembled a formidable array of artistes at his Anchor studio in the Swallowfield area of St Andrew. Among them were Home T and Cocoa Tea with whom Ranks recorded Pirates Anthem and Holding On, which make the Reggae Legends cut.

Mr Lover Man, another Clarke production featuring Guyana-born singer Deborahe Glasgow, is also included. A remix of that song with Ranks and Chevelle Franklyn would be a minor pop hit in the United States in 1992 when he was signed to Epic Records.

Ranks' stint with Epic spawned two hit albums in As Raw As Ever and X-tra Naked which won the Best Reggae Album category in 1992 and 1993, respectively, at the Grammy Awards.

Now 44 years old, Ranks has not recorded an album of original material since 1998's Get Up Stand Up.