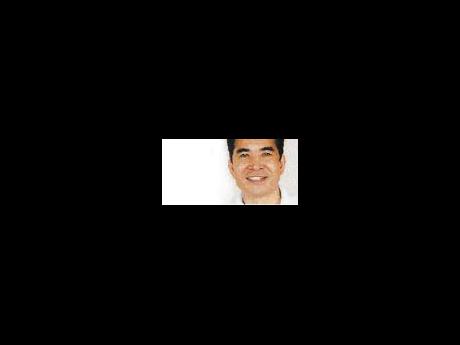 It's hard to write about Jamaica's financial problems after seeing the devastation in Haiti. Tens of thousands crushed under rubble, the injured and maimed with no medical care, the rest without food or water, and we claim to have worries?

If there is a God, you have to wonder what He has against poor Haiti. Why has the first and only successful slave revolution in history been followed by 200 years of chaos punctuated by starvation, hurricanes and earthquake? Believers say "the Lord moves in mysterious ways his wonders to perform", but what is wonderful about shattered babies and children? How illogical to hear our prime minister thanking God for sparing Jamaica and beseeching Him to show mercy to the Haitians who survived, when none was shown to those dead or maimed.

But, if there is no God, well what does it matter who lives or who dies when or where or how? No wonder disaster makes people more, and not less, religious, and the helpless Haitians sang hymns of praise into the night. The human brain may not be able to reconcile the idea of a benevolent deity with evil and suffering. But neither can it accept the idea that nothing means anything, and that every birth and every death are equally devoid of significance, since this incomprehensible vale of tears is all there is or ever will be. It seems our feeble minds have been programmed to prefer a desperate longing for an unlikely God, to the calm certainty of absolute meaninglessness. But then pure logic must prefer a hopeful absurdity, no matter how vanishingly small that hope, to an absurdity that dismisses life as a futile accident doomed to end in pointless oblivion.

So, let us pray for poor Haiti and donate what we are able to, since what else can we do? Even as we mouth our pious clichés: "There but for the grace of God go we", which are no less true for being tiresome, we watch the death toll rise with a grim fascination - 50,000? 100,000? 250,000? The higher the body count, of course, the more historically significant the event, and the more satisfaction we feel at having witnessed it even through a television camera. "A single death is a tragedy, but a million deaths is a statistic" scoffed Stalin. Cynical, yes, but sadly right. The human brain is a strange thing.

So, back to our navel-gazing economic problems, where it seems an International Monetary Fund (IMF) agreement has finally been hammered out. The keystone is a pretty elegant plan on the face of it - no principle haircut for bondholders, but a drastic reduction in interest payments to an average of about 12 per cent. The Government apparently made an offer that could not be refused and so was 'voluntarily' accepted by all stakeholders. A contingency fund has also been put in place to alleviate temporary dislocations.

Frankly, the market priced something like this long ago. This country went into the global financial crisis with the world's fourth highest debt-to-gross-domestic-product ratio of more than 113 per cent and then saw its three main economic pillars of bauxite, remittance and tourism collapse. Short of massive discoveries of oil or gold, Jamaica was never going to be able to find money to keep paying out on twenty-something per cent bonds.

But then, anyone who buys extremely high-yield bonds is implicitly pricing in some dislocation down the road - nobody expects something for nothing. Most of those grumbling under their breath about having their interest income drastically cut have made huge windfall returns over the last decade, and in big-picture terms have made a damn good return on their investment. As the song says, "cry me a river".

Though an abrogation of contract and probably a technical default, it's one endorsed by the IMF and World Bank, and so that does not make Jamaica an international financial pariah. It greatly reduces the chance of a 'real' reduced principle default. So, the Government's argument that it is in essence swapping high-yield, high-risk bonds for lower-yield, lower-risk bonds is almost plausible. It's as good a deal as the general public could have hoped for, and only those secretly, or not so secretly, wishing for a national economic collapse could seriously bad-mouth it.

As of this writing, it seems the government is getting the 100 per cent approval from large financial institutions said to be crucial for the IMF loan agreement. And, though some say they had no choice, our financiers must be congratulated on their national spirit. It's been the government mantra from the beginning that, "If we are all prepared to bear our burdens fairly, we can come through this crisis safely without irreparably damaging the social fabric".

It may have been just whistling in the dark, but the evidence, so far, is not supporting the naysayers who branded Jamaica a selfish country, where no one was prepared to make any sacrifices for the national good. We have seen the poor bear three tax-increase packages in the last 12 months without any civil unrest. And for all their weep and wailing, much of it justified really, the unions know deep down that the upcoming public-sector wage freezes and job reduction are unavoidable. We all know you can't get blood from a stone and that it's either drastic essential service cuts or across-the-board civil-service rationalisation.

The big question remains: is this the beginning of the long-proclaimed 'necessary paradigm shift'? Or is the reaction going to be a collective "Well, we dodge another bullet!" and a return to our slack and 'can't bother' ways? Ever since I returned to Jamaica in 1989 from school abroad, I've been hearing "We can't continue like this!" But the economy keeps stagnating and the murder rate keeps rising - from a US$1 to J$5 and 429 murders in 1989, to 80 to one and 1,680 murders in 2009. And nobody from top to middle to bottom seems to want, or is willing to accept any fundamental changes.

The prime minister tells us that the debt swap will be accompanied by deep restructuring and day-to-day IMF monitoring, and that basically the day of real change is at hand. Well, I'll start believing that, when he implements some equally bold crime measures like three strikes you're out, and mandatory sentencing.

But right now, even our record murder rate pales compared to those suffering Haitians in the dark. Boy, life sure can be unfair.