That US$21b debt to Haiti 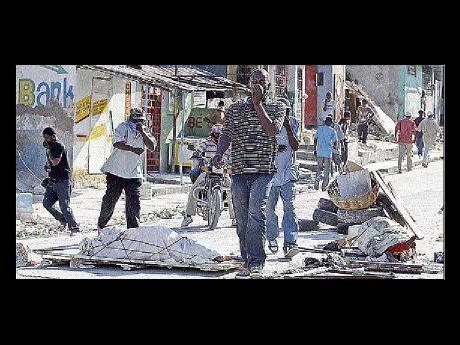 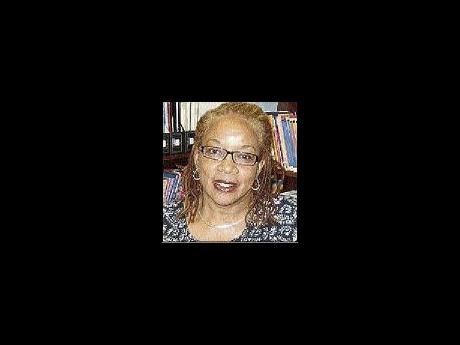 People cover their faces as they walk past bodies lying in the street in Port-au-Prince on Friday.

In the midst of our feelings of heartbreak and sympathy for the people of Haiti, take a moment to consider why the devastation is so great. Go behind the popular refrain that Haiti is the poorest country in the Western Hemisphere. Refuse to be satisfied with statements that the lack of proper building codes is what caused the collapse of buildings constructed like sandcastles at the beach.

Even if you reject the overt racism of people like television evangelist Pat Robertson and commentators like Rush Limbaugh, beware the more subtle racism that highlights the Haitian people's mud-cake eating, HIV status and low levels of literacy without asking about its causes.

There is a strong foundation for arguing that the seeds of the current crisis were laid in 1825, when Haiti agreed to pay France 150 million gold francs in compensation for the alleged losses incurred by French plantation owners when the Haitian people won their independence in 1804. This figure is said to have amounted to more than twice the country's net worth at the time. The agreement was made at the point of the guns on the French warships sent to recolonise the island, and after economic boycotts imposed by France, Spain and the United States.

Although the figure was reduced to 90 million francs, it still took 122 years to be repaid. In 2003, then President Jean-Bertrand Aristide demanded reparations in the amount of US$21 billion, the estimated current value (plus interest) of the money that was paid over to France. There are those who think that this demand is not disconnected from Aristide's removal the following year.

In fact, Haiti's post-independence history could be characterised as a continuous series of interventions by the major Western powers (France, Germany, the United States and even Britain), coups and counter-coups, and classic scenarios of the country's minority interests (mixed-race Haitians schooled in France, resident expatriates and the military) aligning themselves with these foreign powers and business interests to ensure that they remained the beneficiaries of all that Haiti has ever produced.

It is not surprising, therefore, that the first independent Black nation of modern times finds itself in its current state. It has scarcely had space to breathe much less grow in the 200 years since its birth. Although two-thirds (approximately US$1.2 billion) of the country's debts have been cancelled under the Highly Indebted Countries (HIPC) initiative of the World Bank and International Monetary Fund (IMF), the conditions of the write-off have been as onerous as the debt they were supposed to relieve.

In any event, the debts that have been written off are those which have been contracted up to 2004. Debts incurred in the past five years must also be taken into account. In this year alone, Haiti is due to pay a further US$10 million to the IMF and the Inter-American Develop-ment Bank. It was an unpayable debt even before the earthquake, in much the same way as the need for food, education, housing and health care was urgent before January 12.

The challenge of recovery and reconstruction presented by last Tuesday's earthquake creates an opportunity not only to mobilise humanitarian assistance for our much abused 'big sister', but also to pronounce the need for the Haitian people to experience 'full free'. The first step must be the complete and unconditional cancellation of all of Haiti's debts. The funds that are now being pledged by governments, such as the United States and France, will be but a drop in the bucket.

If the task of finding ways to deliver and distribute water, food supplies and desperately needed medical assistance seems gargantuan, it pales into insignificance when we consider the task of helping to reconstruct an independent state with effective institutions responsive to the majority of its citizens. In fact, debt cancellation is only one side of the coin. President Aristide's demand for reparations has again become relevant.

However, it is not only the Western industrial nations which owe a debt to Haiti. The sacrifice made by Boukman and others, and their success in liberating themselves, became a source of inspiration for enslaved and colonised peoples elsewhere. In that regard, even though there are those who would like us to consider Haiti a 'failed state', developing and emerging states are also indebted to Haiti.

Corporate Jamaica is to be commended for its speedy and generous response to the crisis. But let us also highlight those Jamaicans with limited resources turning out to make donations to Haiti's cause. It signifies the elemental connection that we feel to our Haitian sisters and brothers.

Here is an opportunity for the governments of our region to demonstrate that they understand what solidarity means. It is not inconceivable that they would stand as a friend beside the fragile (some would say disintegrating) Haitian state and its people to assist them in rebuilding not only their schools and hospitals, but their very lives and institutions. The task of 'nation building' should not be the preserve of countries like Britain and the United States. (In any event, their most recent efforts with and through the United Nations have not been without criticism).

So here is the agenda for CARICOM and for Caribbean civil society. Deploy the disaster management expertise that resides in national and regional governmental and non-governmental organisations. Even as we do so, dispatch our diplomatic representatives to the offices of the multilateral financial institutions and to the offices of their political directors to negotiate the unconditional cancellation of Haiti's debt. Organise the donors' conference to secure the pledges of grant funding to support reconstruction.

There have been repeated reports from Port-au-Prince of people singing in the midst of their pain and their misery. The smell of the rotting corpses of family and friends assail their nostrils, hunger and thirst hold their bodies in a tight embrace, and yet they sing, affirming that in midst of all of that darkness and despair they defiantly survive.