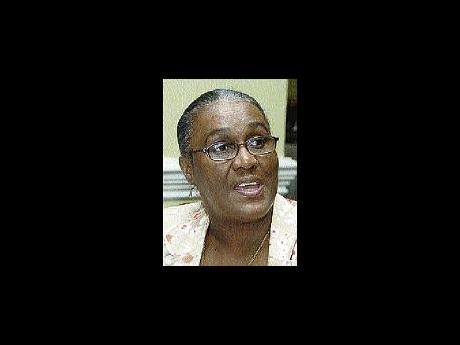 Two hundred and twenty-six children were placed in juvenile institutions during 2008 for offences including wounding, assault, housebreaking, and illegal possession of firearms.

According to the 2008-2009 annual report of the Office of the Children's Advocate (OCA), submitted to the joint select committee reviewing reports from parliamentary commissions, 39 of these children were labelled as "uncontrollable".

They accounted for the largest number of cases admitted into juvenile institutions.

"We're putting them into institutions when they need psychiatric help, drug detoxification, special programmes of education to help in their behaviour modification," said Clarke.

Clarke also highlighted the failure to adequately provide for children in correctional institutions, including placing them in lock-ups with adults, which breached the Child Care and Protection Act.

She added that the OCA faced several challenges in carrying out its duties due to resource issues, saying this also affected several cases which were before the courts.

But government committee member Gregory Mair expressed doubts to chairman Marisa Dalrymple-Philibert over Clarke's handling of some of the issues affecting the children, including those labelled as "uncontrollable".

He said the Child Protection Act gave the advocate extraordinary powers and security, which allowed her to intercede where she found it convenient.

"If you were finding this problem with the courts, did you go and speak with the chief justice?" Mair asked.

"What is concerning me is if we did not have this report presented today, it would seem there's no solution to this problem. The Office of the Children's Advocate should be championing the cause of the children."

But opposition member Dr Peter Phillips was of the view the issue of inadequate resources was a genuine issue preventing the OCA from fulfilling its duties. He said no public provisions existed to deal with problem children, including paying those persons making assessments.

"If the resources are not being provided, then nothing is going to happen. We are just going to be expressing frustration and outrage and seeking to blame somebody for the inadequacies," Dr Phillips said.

Phillips suggested that amendments be made to the legislation to deal with the issue of uncontrollable children with behavioural problems that would make provisions for medical assessments.

Chairman Dalrymple-Philibert, while acknowledging resources were badly needed to implement several projects, said what the children required was a level of interest in their welfare that was totally absent.

"We need to understand what it is that the law means when it says the interest of the child is paramount, and that is what I would like us to focus on," Dalrymple-Philibert said.

"I think that if we do this, we would get far more, and our results would be better. I believe we need to return to our basic interests and true love, not to stand up and say that we need more."