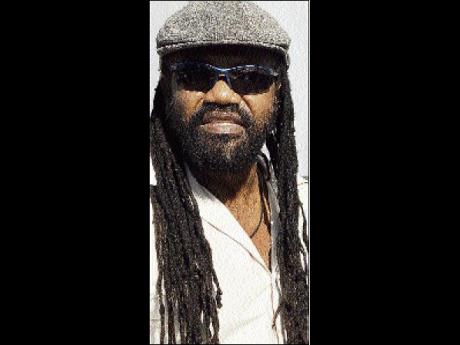 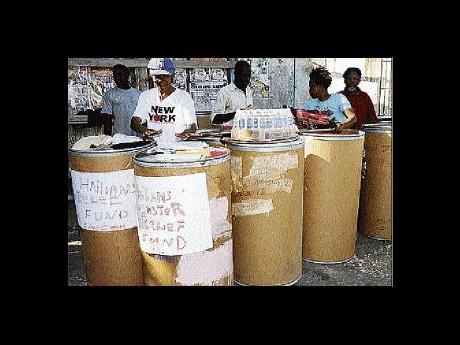 The tragedy in Haiti has brought out what's best in Jamaica, with official and unofficial relief organisations being swamped with generous gifts from Jamaicans.

From the Salvation Army to the Red Cross and the Office of Disaster Preparedness and Emergency Management, scores of private-sector entities and individual Jamaicans have been reaching out to help the residents of the earthquake-ravaged country.

Residents of Marverley in St Andrew pack barrels with clothing to send off to Haiti on Friday. - Norman Grindley/Chief Photographer

"Haiti is our neighbour and if we were not lucky this could have happened to Jamaica," dancehall star and promoter of the annual stage show, Tony Rebel, told The Sunday Gleaner.

"You can't fool me that Jamaicans are all wicked; the response to the Haitian crisis shows me that Jamaicans have a heart, it is just that the good majority keeps silent," Rebel said, even before he determined how much money was collected at the show.

But it was not only corporate Jamaica and established entities which were willing to reach out to the Haitians. On Friday, Jamaicans from poor communities walked with money and their small 'scandal bags' with food, clothes and water to collection agencies.

In the Kingston 20 community of Maverley, a group of men from the area known as 'Fun Corner' organised a collection drive Thursday morning, and by Friday, more than 20 barrels had been packed to be transported to relief organisations which would take them to Haiti.

"What we are getting are not old clothes, people are giving us new clothes, shoes, bags and everything," Bobby Smith a member of the Fun Corner Crew, told The Sunday Gleaner.

"The community has been getting some bad publicity in recent time, but this crosses political borders as everybody has been willing to contribute whatever they have," Smith said, as a group of women packed the barrels which had been placed in the square on West Main Drive.

"We are now looking for bottled water and tin supplies to send to Haiti because the people of Maverley care about the Haitians," Smith added.

In Corporate Jamaica, telecommunications giant LIME announced that its customers - prepaid or postpaid - could simply text the word 'Haiti' to 4357(HELP) to make their donations.

Each text costs $50 and the entire amount collected across the Caribbean will be donated to the relief effort.

LIME also announced that its employees had launched a donation initiative across the 13 islands in which it operates, to collect cash, clothing, canned, non-perishable food and personal hygiene items to send to Haiti. The company said it would match, dollar for dollar, any amount donated by its staff.

A similar appeal was launched here at The Gleaner, with the company vowing to match any amount contributed by employees.

Another media house, Radio Jamaica (RJR), announced Friday that Jamaicans contributed more than $6 million to the Haiti Crisis Fund which it had established.