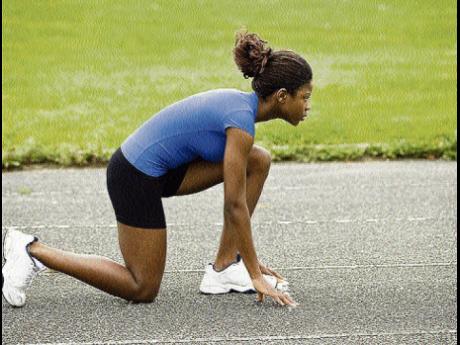 If you think your bank balance is not exactly what it ought to be and have began to worry about it to the point of being stressed out, you may be concentrating on the wrong thing at this time in your life.

Even while you search for new ways to earn income, you should also be striving to improve physical and emotional health.

The Jamaica Health and Lifestyle Survey 2007-8, commission by the National Health Fund, indicated men were more physically active than women. Approximately one in five women reported high levels of physical activity while one in 10 men reported low levels.

While more than 70 per cent of men were classified as engaging in moderate to high levels of physical activity, only 38 per cent of women were similarly classified.

The survey also stated that more than half of Jamaican men and two-thirds of the women have never attempted to increase their physical activities. While these proportions increase among older men (46 per cent among the youngest to 69 per cent among the oldest), they are fairly consistent across the age range among women.

More than 60 per cent of women between the ages of 25-74 years old were overweight or obese, had an increased waist circumference and an increase in waist-hip ratio which is indicative of higher cardiovascular risk.

Careerists may also want to note that watching what they eat can improve the good health required to fully enjoy their jobs.

Sitting at your desk all day and eating fatty foods may bring on retirement long before you are ready to put up your feet.

The most commonly reported chronic diseases reported in the study were lifestyle diseases such as hypertension (20.2 per cent), diabetes mellitus (7.6 per cent), asthma (seven per cent) and obesity (5.6 per cent).

The study also shows that only 14 per cent of persons with high cholesterol are aware of their condition.

Obesity and increased age are significantly associated with increased prevalence of hypertension, diabetes mellitus and high cholesterol in both males and females.

As a worker you should also ensure your insurance is adequate to deal with any health emergencies which might arise.

The survey showed that only 19 per cent of Jamaicans have private health insurance and men were more likely to have the benefit than women (22.4 per cent for men and 15 per cent for women).

The highest frequency of health insurance as a benefit occurs in young adults and middle-aged persons.

Addictive behaviour should also be corrected. While men were more physically active than women, three times as many men reported smoking more than 100 cigarettes in a lifetime than did women. By the age of 15 years, six per cent of Jamaicans had started smoking cigarettes with three times more males reporting early initiation.

It may be time to change habits which might decrease your ability to enjoy good health, considering matters of physical well-being is just as important as contemplating the salary you earn.