I caught him watching lesbians 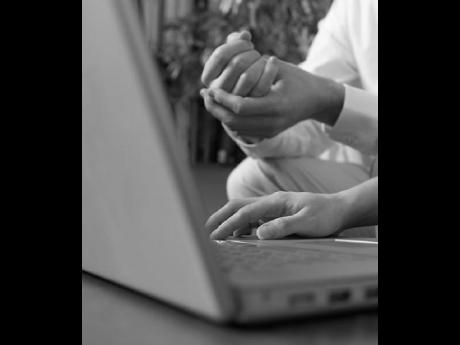 Q Doctor, I caught my husband looking at lesbians on the Internet.

I know you have said that many men do this for the 'thrill', and I do not mind too much, but can I believe his explanation?

He claims that he only logged on so that he could learn about sex techniques that would help me and 'turn me on'!

Is there any truth in his claims?

If the couple is a man and a woman, the man who is watching it is forced to look at a naked man. He may not like this because most men are revolted by the idea of seeing other men without clothes.

But if it is two women, then there is really nothing for the man to dislike. That is used to explain the popularity of lesbianism among male viewers.

While this theory may or may not be true, my guess is that he was watching these women for the thrill. However, in fairness to him, it is possible that he really was observing them in a spirit of scientific enquiry, in order to learn about sex techniques which would help him give you more pleasure.

I say this because I am told that some of the 'female-female' material, features close-up demonstrations of the sort of stimulation that women actually like - as opposed to what men think women enjoy.

As long as your marriage is strong and you both love each other, I do not think it is of great concern if your husband occasionally looks at these sites.

However, if you are at all uncomfortable about this, then I feel you should insist that your husband sees a marriage counsellor with you.

Q In the last few weeks, I have noticed some blood when I ejaculate. Is this OK?

A No, it isn't. It suggests that you have some sort of infection and you must see a doctor as soon as possible.

Q I have to go to New York later this year, but I am terrified of flying.Would tranquillisers help me?

A Taking a tranquilliser a few hours before flying, would work as an emergency measure.

But it would be much better to get some psychological treatment so that you could get rid of this phobia once and for all.

So, please try and see a psychologist or therapist as soon as you can.

Q I have had a 'raw' spot on the lip of my vagina for a few months. Can I ignore it?

A Absolutely not. A 'raw' spot on the vulva (the opening of the vagina), can sometimes be cancerous. The danger is greater if you are over 30. So please have a doctor examine you this week.

Q I am a 28-year-old female. I know this was not very smart of me, Doctor, but I let a man give me oral sex last week even though he had a cold. Could this have given me something?

A It is not a good idea to let anyone who has a mouth or nose infection give you oral sex.

However, it is unlikely that you caught any sexually transmitted infection (STI) from this man, provided he just had a cold.

But in the future, you should be more careful. It is very dangerous to receive oral sex from anyone who has a 'cold sore' on the lip. That could give you herpes.

Q Is there any other way of shortening my monthly period besides going on the Pill?

A Yes, there are other medication (tablets) that you could take to make your periods lighter. One is etamsylate. But in practice, the Pill often works better.

Q I keep getting thrush in the vagina, even though my doctor has treated me on numerous occasions.

A It is probably that your partner needs treatment with anti-thrush cream or ointment, even though he may have no symptoms.

Also, you should test for diabetes, since diabetic women usually have continuous thrush infections.

Q I do not have any sexual experience, neither does my fiancé.

He thinks that my clitoris should be much longer than it is. Is he right, Doctor? He says he read in a book that it should be two inches long.

A No, that is not true. He probably read that, in recent years, it has been discovered that the 'roots' of the clitoris extend much further and deeper in the female body than was previously thought.

However, the visible part of the clitoris is very small. It looks like a small pink gungo pea. So, it is certainly not 'two inches long'.

I think you and your fiancé should try to find a doctor, nurse or midwife who can help you both understand a little more about sexual relationships.

Q Doctor, I don't know if I should trust my boyfriend.

He says he loves me and wants to marry me. But in the last six months, I know, for a fact, that he has been unfaithful to me with at least six other women!

Each time it happens, he begs me to forgive him, and says that he will not do it again. But then he does!

Do you think I should leave him?

A Yes, I do. You have not said how old your boyfriend is, but this is very immature behaviour on his part.

Maybe, in a few years, he will learn that a man cannot have a good relationship with a woman if he keeps being unfaithful to her. But I see no reason why you should put up with his infidelities.

Believe me, there are a lot of faithful men around who do not treat women like that.

Alternatively, you may prefer not to have a boyfriend for about six months or so. After all, there is no law which says that you need to have a man 'on your arm' at all times!

Q Doctor, I am 37 years old and I had my period four times this month is that OK?

A No. A woman should not be bleeding four times for the month.

Something must be wrong to cause you to have these episodes of blood loss. It may not be anything serious, but the only smart thing to do is to go and see a doctor and have a check-up.

Please do not delay in case it is something serious going on.