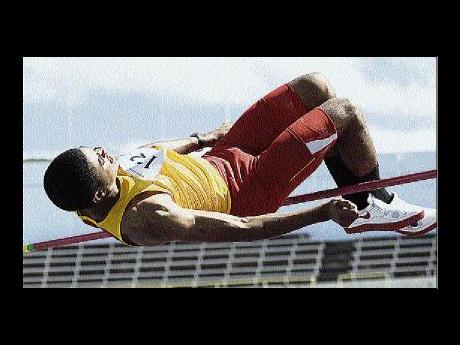 He later returned to capture his heat in the day's marquee event, the 200m, in 21.34 seconds ahead of Nejmi Burnside of Star Trackers (21.88) and Trevane Morrison of St Thomas Technical (21.96).

Other notable winners on the day were Seaforth High's Chris Houslin, who won the Class Two Boys (16-17) 200m in 21.90. In the girls' 200m, Diandra Gilbert of Queen's took Class One in 24.6, Glengoffe High's Natasha Morrison won Class Two in 25.3, and Clarendon College's Shimara Williams topped Class Three with 24.6.

Meet founder and director, Brian Smith, was elated with the turnout of athletes at the meet which was being held inside the National Stadium for the first time. In the past, it was hosted at the Stadium East field.

"Based on what everybody is saying, this year is the best," said Smith, who also mentioned an increase in spectator support, occupying approximately two-thirds of the grandstand.

"It was the first time that the event was being held in the National Stadium and for the most part the transition was smooth. What we have seen is more schools and athletes than last year," Smith added.

Special guests at yesterday's meet were American Maurice Greene and Tonique Williams-Darling of The Bahamas. Greene is the 2000 Sydney Olympics 100m champion. He is also a five-time World champion while Williams-Darling won the 400m gold at the 2004 Olympics in Athens and the 2005 World Championships in Helsinki.