Constructive criticism for the JCF 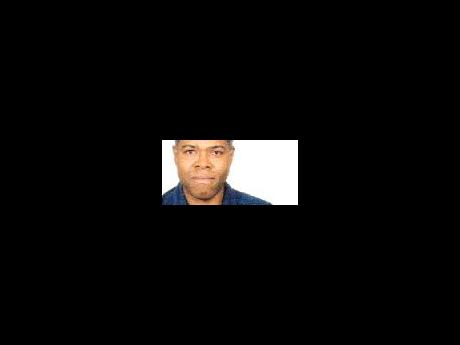 Members of the constabulary (teamed with motor-vehicle examiners) are scrutinising motor vehicles and prosecuting drivers (even) if they are found operating vehicles with non-crucial defects. A gentleman related how he was pulled over and told that one of his front tyres was worn down while a team member deftly removed and confiscated his registration plates. He was cited for operating a defective vehicle (because of a worn front tyre).

He was given a piece of paper (valid only for 24 hours) in case he was stopped for driving without plates (he was actually stopped ... three times), instructed to pay the fine ($7,500) and the certificate of fitness fee (for defects remedied - $3,500.00), told to purchase and replace the worn tyre, have the vehicle inspected (at the Examination Depot) and retrieve his plates at the Elletson Road Police Station after 2 p.m.

His pleas for leniency fell on deaf ears. His need to babysit his infant on-board for that day meant nothing. He explained that they said that his tyre had worn down to the 'wear bars' (narrow bands of rubber that appear in the grooves across the tyre tread when only 2/32 inch of tread remains). He reported being told that there would be no 'blighs' (exceptions), that the Government needed the money and that the team was sent out to get it.

Other drivers shared similar stories. One fellow was cited even though he had two replacement tyres in the rear of his pickup and was on his way to fit them. One driver was ticketed for driving on his spare 'doughnut' tyre on his way to repair a puncture that occurred minutes before. Another was prosecuted for having a small crack in the windshield.

I called several major tyre dealers (assumed 'experts') and inquired about how to know when it's time to replace tyres. Most simply said that I should look to see if they were badly worn but could not specify to what degree. Someone in the insurance business and the folks at Goodyear Jamaica Limited (who both use tyre gauges) agreed with my research findings that if only 2/32 inch of tread remains, that tyre is worn. However, even though such a tyre would not perform optimally (brake, corner or repel water as well as it was designed to do), it is not deemed to be dangerous but should be replaced as soon as possible.

In such instances it would serve the common good far better if a driver were issued a warning, told to replace the worn tyre or defective part within a week and present the vehicle to an agreed upon police station for confirmation of the remedy. To do otherwise negates the safety aspect, sends the message that it's all about revenue and therefore opens the door to inevitable corruption.

I find this new drive to be misdirected, given the daily, blatant, life-threatening, destructive and dangerous behaviour of most route taxi and Coaster bus drivers on all our major thoroughfares. They flout the law and treat other road users with disrespect and disdain while complicit passengers silently bask in their ability to circumvent the regular traffic. Order would be restored; life, limb and property would be spared if this degree of effort were put into aggressively prosecuting those drivers.