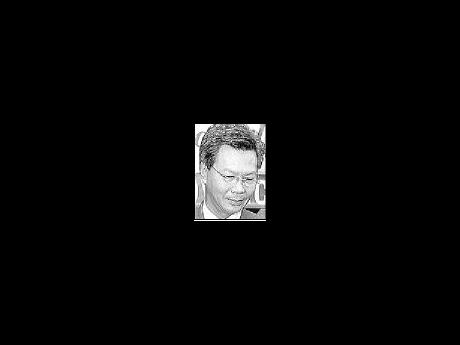 The Jamaica Debt Exchange may not be perfect, but this move by the Government to begin to rein in its debt interest payments reflects well the idea that 'the perfect is the enemy of the good'.

So instead of the 'perfect', Jamaica now has the 'good': an opportunity to save J$40 billion in interest on domestic debt over the next fiscal year. This can be redeployed to critical development areas such as education and health and used not only to strengthen the social safety net but also to kick-start the productive sector. All this is to be achieved through the exchange of current domestic bonds for longer-dated, lower-yielding bonds - and, ostensibly, no full financial 'haircut' that would cause the bondholders, mostly Jamaican banks, to lose money.

This was not an easy decision but without it, there would be even greater hardship for most Jamaicans, for the financial and business sector and for the country's social and economic future. Indeed, the debt-exchange measure is a concrete expression of the much-talked about social partnership, shared effort and sacrifice that is needed to take Jamaica forward.

This, at least, gives Jamaica the breathing room it so desperately needs to create more fiscal space for development spending. If handled well, it will go a long way towards setting the country on a new, more hopeful path. A path that has, as its core development with equity and that will offer many important lessons for other heavily indebted middle-income countries.

Economic purists who were hoping Jamaica would submit to a financial haircut to reverse its colossal debt burden and deteriorating fiscal performance see the debt exchange as an inadequate 'light dusting'.

But we at the United Nations Development Programme (UNDP) prefer to take a more pragmatic and, ultimately, optimistic approach, considering Jamaica's bleak position less than two years ago when the country was staring into the debt abyss, we feel that last week's news represents the best deal possible under the circumstances. Among other things, the debt exchange will be decreasing debt interest payments from some 65 cents on every dollar to 45 cents - still far too high, but a significant reduction nonetheless. Initial private-sector reactions echo our optimism with the markets being bullish on the deal despite the ratings downgrade.

For their part, the rating agencies have indicated they may revise their ratings upwards upon the signing of an IMF deal of which this debt exchange is a major pillar. Thus, we congratulate the Government of Jamaica as well as its creditors, which have made a good business decision.

Yet, the point is not whether the Jamaica Debt Exchange is a perfect or imperfect deal. Rather, it is to ensure that Jamaica continues to move towards increasing revenues, maintaining fiscal discipline and charting a growth path. We recognise that Jamaica is painfully adding US$2.4 billion in further debt to its existing debt with this deal. However, any short-term pain can be justified by the longer-term gain that Jamaica stands to realise.

The real issue, in fact, is: Where does Jamaica go from here? How can the country continue to move forward? The debt exchange, though necessary, is not a sufficient answer for long-term development and, indeed, is just a start. Other critical measures are needed to secure the expected gains and to prevent a return to the present situation. Priorities include a legislative framework to ensure fiscal discipline, the development of a credible debt strategy and the improvement of the national debt-management capacity, the rationalisation of public bodies, implementation of comprehensive tax reform to simplify, broaden and strengthen the tax system, and a clear and nationally agreed growth strategy that is not debt dependent. Every effort is needed now to ensure that the money to be saved annually from the debt exchange is used to kick-start the productive sector, strengthen the social safety net, and improve the country's current development trajectory.

The UNDP is happy to have contributed to the process and, as always, stands ready to continue contributing going forward, including supporting the development of a clear, credible debt-management strategy for Jamaica.

We are already helping Jamaica strengthen its capacity for public-finance management and accountability in numerous ways: including a fiscal responsibility framework with recommendations on legislation requiring an annual ceiling on new borrowings to be established and monitored by Parliament.

With the right measures, implemented effectively and in tandem, Jamaica can create a momentum that finally sets the country on the long-hoped-for path of development for all.

Minh H. Pham is the United Nations resident coordinator and UNDP resident representative in Jamaica. Feedback may be sent to columns@gleanerjm.com.