Kingston does it Jamaican style 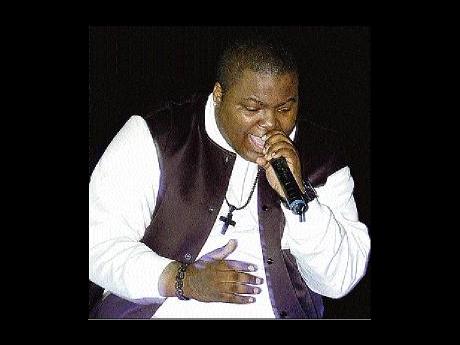 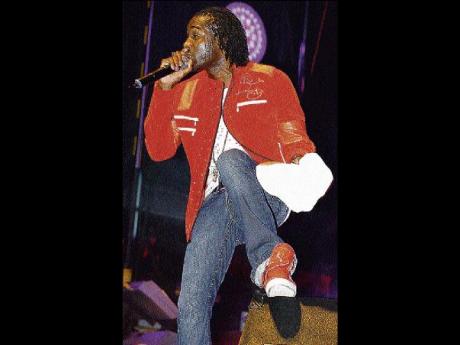 Sean Kingston tried to keep his performance as Jamaican as possible, with a spin on the turntables while showing his love for Jamaica at the Coca-Cola Presents Sean Kingston in Concert at the National Golf Academy on Saturday night.

Coming on after 1 a.m., Sean Kingston performed in Kingston for the first time as he gave the crowd his hit songs, breaking to big up the country, the performers, Big Ship, Haiti, the Gully and the Gaza, as he said, "nowhere nice like Jamaica." Coming onstage to Mi Love, Kingston received a slew of cheers from the packed venue as he kept his hit songs coming like Face Drop, Take You There, Beautiful Girls declaring that he wanted a beautiful Jamaican girl, and ending with Fire Burnin'. In between songs the portly deejay kept the vibe going, calling up Beenie Man, who he declared a friend and someone he admired, who gave the crowd pieces of his songs such as Woman A Call Mi.

Kingston showed his knowledge of current music in a face-off with his Trinidadian disc jock as Kingston got forwards for songs such as Assassin's Hands Up Inna Di Air, Serani's Skip to ma Luu and Stephen McGregor's Cyaa Friend Again. Declaring a moment of silence for Haiti, Kingston expressed his joy that Jamaica thus far had been spared any natural disasters and urged patrons to support their neighbouring island. Before Kingston made his appearance onstage, a slew of artistes had the crowd dancing and cheering. G Whizz, Tessanne Chin alongside Shaggy and Voicemail who called on Nikki B, had the crowd going. Laden soon followed with Inna Life, Working Hard and had hands waving for Time to Shine.

QQ gave a mature performance as the females tried to drag him off stage and Alaine had her dancers prepped and the keyboard ready for her performance, while Tifa received a good forward from the crowd on her entrance as she deejayed Bottom of the Barrel, Why and Spell It Out. D'Angel made her mark in a red number as she got cheers for bigging up her husband, Beenie Man, in the crowd declaring that she knew her 'baby daddy' before going into the song. Fellow Coke Zero artiste Chino followed, also in red, starting off energetically with songs such as Rave all Night. The deejay soon slowed it down for Phone Gallis, took a seat with a guitar for Ruff It Up, and had persons singing along with From Mawning before calling on his father Freddie McGregor for a piece of Push Come to Shove.

Etana had the hands waving for Free among others while Mystic and Shady Squad showed off the latest dance moves to an impressed crowd. After Sean Kingston's performance, Beenie Man came on once more for an unscheduled performance, as DeMarco joined him for an interesting set. The two interchanged songs before Beenie left for DeMarco to continue. Ding Dong and Ravers Clavers came on dancing to songs such as Bad Man Forward, before dragging an igloo on stage as Ding Dong jumped into the crowd for Holiday. Elephant Man had to cut his performance short after 3 a.m. when police ended the show, but his set was energetic while it lasted and he gave the crowd a bit of his mind as he thanked Beenie Man for his performance but said he 'mashed up' the show by staying too long.

Overall, the show was well-produced, timely and had a good audience with music from Coppershot and Bloodline and entertaining emcees Miss Kitty and Supa Hype.