Fe-mail Ties: The heart of the matter - Power in evolution 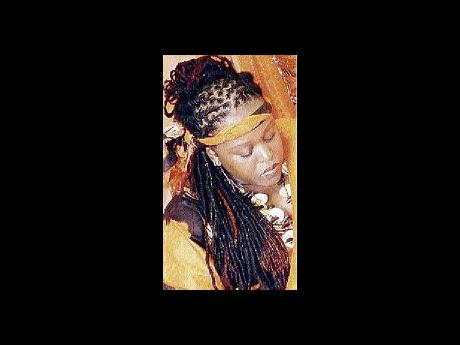 Spiritual sages locked into ancient knowledge systems tell us 2010 marks a milestone, as the world as we know it, enters the age of the matriarch.

The essence of the matriarchs or female wisdom keepers is permeating our day-to-day experience of life on this planet. All well and good, but what does it really mean?

Let's get to the nerve centre - power. When we talk of power, it is likely that matriarchal approaches will rock traditional power bases by infusing a feminine savoir faire into power-broking. How so? Well, through us, their foot soldiers, of course!

Enticing news, indeed! So, it's our time! However, I sense some hesitation among the ranks. It would seem, the notion of feminine power is almost a contradiction in terms.

Generally, we have been conditioned to accept that power has a masculine personality, whether it is wielded by a man or a woman. However, we also know that women are a 'force to be reckoned with', so what's new about this matriarchal age?

Are we called to revive the struggle of the suffragettes, the bra burners and all the quieter 'revolutionistas' who have brought us to where we are today in the male/female power dynamic? While we may not be as physically powerful as our male counterparts, the female capacity for influence is generally recognised as a fact of life.

So, before we grab the bull by the horns, it may be wise to look at what are we inheriting. Suppose we choose another animal - a jaguar, for instance? Known for its stealth, elegance and strength, set the jaguar against the charging bull - which characteristics resonate most deeply with you?

Seemingly, the matriarchal age is less about revving up the call for equality and more about a quiet (r)evolution into a holistic, nurturing and self-replicating approach to power. Which ever way you look at it, it is power nonetheless! Redefining power relations is our gauntlet to pick up.

The well-oiled adage: 'mama knows best', illustrates the opportunity we have to paint the matriarchal power canvas. To intuitively expand our horizons, we have the opportunity to wear the most beautiful lacy underwear (why burn them?), play, discover and self-actualise.

As we roll into 2010 and beyond, we hold the paint brush and the paint palette! We're the artists and the canvas is blank - well, maybe not blank, but the lines that were hard and fast are blurring.

The evolution into the matriarchal era will touch us all. Maybe we can also blur the line in sexual politics between man vs woman in expression of an interdependent ecosystem between the sexes, while we're at it.