Can CT scans cause cancer? 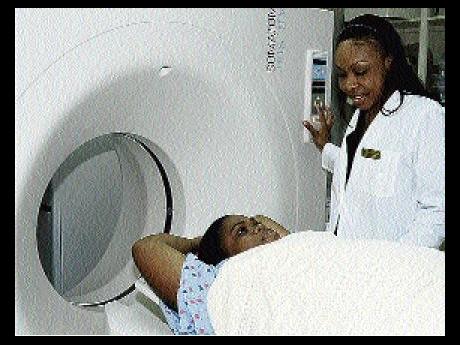 According to an online definition, CT or CAT scan is defined as a computerised (axial) tomography, which combines a series of X-ray views taken from many different angles to produce cross-sectional images of the bones and soft tissues inside the body.

Millions of persons have had to undergo CT scans, which is used to get a very detailed 3-D image of specific parts of the body, such as soft tissues, the pelvis, blood vessels, the lungs, the brain, abdomen and bones. CT scan images are said to provide more information than X-rays.

While CT scans are conducted throughout the world and have been carried out to diagnose medical conditions, medical studies suggest that CT scans can be linked to cancers.

The overuse and variation of radiation doses emitted from a CAT scan can possibly predispose persons to developing cancer, according to studies made public in the latter part of last year.

According to web MD Health news, one of the researches conducted by a team led by Rebecca Smith-Bindman of the University of California, San Francisco, evaluated the radiation doses given to more than 1,000 patients who were getting CT scans. The research revealed that there was a huge difference in the radiology exposure and that the doses were much higher than they ought to be.

For the purpose of the study, Smith-Bindman calculated the radiation dose from scans received by a group of patients. This revealed that the doses received varied according to the types of CT scans and there were also variations of doses, even when the same procedure was conducted.

The report also points to its findings that the doses and ranges were high. And that, for example, for a head CT scan, with a median dose of two, the range worked out to be 0.3 to six and this, according to the researcher, was a huge range.

A great concern for the researchers was the dose and range for abdomen and pelvic CT scans. With a median dose of 31, the range was between six and 90.

According to another study, they concluded that 29,000 future cancers could possibly be caused by the 70 million CT scans done in the United States in 2007.

The research, led by Amy Berrington de Gonzalez,, an investigator at the National Cancer Institute, looked at insurance claims, surveys, as well as reports of radiation and cancer risks to formulate the study's estimation.

The breakdown, according to this study, includes 14,000 cases caused from scans of the abdomen and pelvis, 4,100 from chest scans, 4,000 from head scans and 2,700 from CT angiograms. The study also notes that one-third of the projected cases would occur after scans done on people between 35 and 54 years old. It also reports that two-thirds of the cancers would affect women.

For part two next week, Flair will feature the opinion of a local radiologist who will the address the reports and findings.