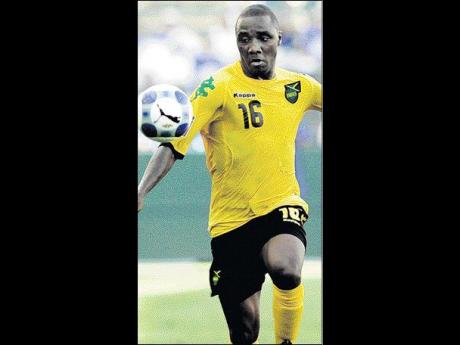 Caribbean forwards Stern John and Jermaine Johnson netted goals in winning outings for their teams in the English League Championship on Saturday evening.

Trinidad and Tobago's John snapped his scoreless streak when he hit the opening goal for Ipswich to defeat Coventry 3-2, while Jamaican Johnson hit a brilliant winner for Sheffield Wednesday to get past Barnsley 2-1.

Travelling Sheffield Wednesday gave their new manager Alan Irvine a very satisfying start to his campaign when they stung Barnsley 2-1 at Oakwell Stadium.

With the game tied at 1-1 early, Johnson struck a spectacular winning goal midway the first half for Wednesday to snap an 11-game winless streak.

Wednesday regained the lead in dazzling fashion in the 21st minute.

Johnson latched on to a flicked on headed pass from Marcus Tudgay and fired home a blistering right-footed angled volley from 15 yards, his sixth goal of the season but first since November.

Johnson had also tested Barnsley's goalkeeper in the 19th minute and went close to scoring in the closing 15 minutes when a desperate challenge from defender Nathan Doyle denied him a chance to increase the lead.

Barnsley tried to rally for a share of the points in the second half and the Jamaica international Jamal Campbell-Ryce came off the bench to beef up their attack but Wednesday stood firm for maximum points.

John, on loan from Crystal Palace, headed home his first goal for Ipswich in the 42nd minute to lock the game at 1-1 at the break while breaking a lengthy personal scoring drought.

The goal was John's first since he scored against Ipswich for Bristol City in December 2008.

Jack Colback edged the home team ahead in the 52nd minute and it became 2-2 when Richard Wood netted a stoppage-time header.

But Ipswich, who had T&T international Carlos Edwards on the bench, were not to be denied and substitute Pablo Gonzalez Counago stole three points when he scored from 12 yards, seven minutes into time added on.