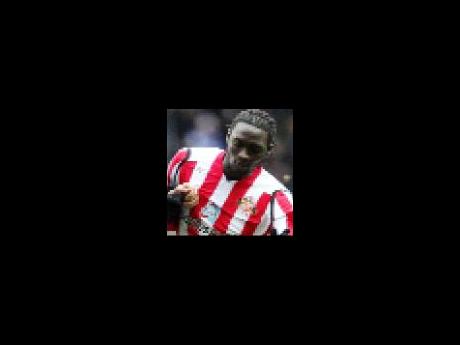 The Trinidad & Tobago Soca Warriors forward was being considered in a stunning swap deal that would send unhappy Dutch forward Ryan Babel to Sunderland.

Babel looks set to leave the Reds after a very public rant on microblogging site Twitter about his omission from the squad that drew with Stoke City.

The 25-year-old Jones has been the subject of some intense transfer buzz over the last few months, with clubs such as Aston Villa, Birmingham and Stoke all reportedly keen on his services.

Last year, Tottenham Hotspur made a bid of £16 million pounds sterling for Jones that was rejected by Black Cats' Chairman Niall Quinn, who described him as 'untouchable'.

Plans to hold onto Jones may have changed though, following a reported falling-out with Sunderland boss Steve Bruce.

The Sun newspaper reported yesterday that Benitez hopes to agree a deal with Sunderland as he desperately needs cover for injured striker Fernando Torres.

The newspaper added that Benitez has been chasing a back-up striker to Torres for months with the Spaniard plagued by injury this season.

It became more acute, when Torres damaged a cartilage that now requires surgery in Liverpool's shock FA Cup defeat to Reading, and will be out for six weeks.

The British tabloid newspaper noted, however, that Benitez might face a fight for Jones with Aston Villa.

But it still remains to be seen if Bruce will let Jones leave in return for Babel.