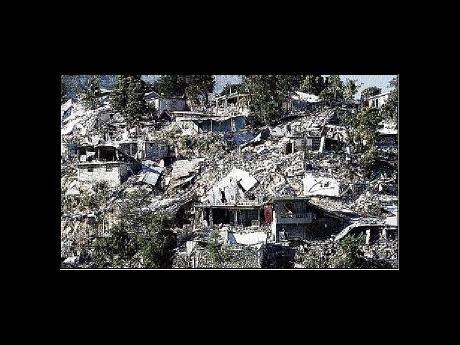 Canada will host an emergency meeting of countries that are leading the rescue effort in Haiti, as world leaders struggle to craft a longer-term plan for rebuilding the earthquake-ravaged country.

Foreign Minister Lawrence Cannon said that the meeting in Montreal yesterday would also be attended by the United Nations.

"Our neighbour is in difficult circumstances and it's like helping the next-door neighbour. It's all about solidarity," he told reporters in response to the quake that devastated Haiti last Tuesday, leaving an estimated 100,000 people dead.

The meeting is expected to be dominated by the efforts to coordinate aid to the western hemisphere's poorest nation, particularly as there is growing criticism of the United States decision to take charge of the relief effort.

French and Brazilian officials complained over the weekend that the United States is favouring its own airplanes at the Port-au-Prince airport.

French Foreign Minister Kouchner claimed that the airport had become "an annex of Washington," according to France's ambassador to Haiti, Didier Le Bret, after the Americans diverted a French relief flight to the neighbouring Dominican Republic.

Canada is working closely with MINUSTAH, the United Nations operation in Haiti, and with the Haitian government in responding to the disaster.

Defence Minister Peter MacKay has ordered the deployment to Haiti of 1,000 soldiers.

"The government of Canada feels it has a moral imperative to do everything in its power to help with the international relief and stabilisation efforts" in Haiti, MacKay told a news conference, "and to do so as quickly as humanly possible."

The troops will complement 500 soldiers aboard two Canadian Navy vessels expected to reach Haiti this week, as well as the 200-plus members of Canada's Disaster Assistance Response Team, who are also in the process of deploying.

As many as 13,000 American troops are due in Haiti to provide security and deliver aid to the population.