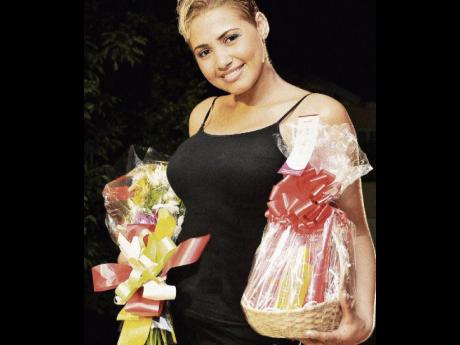 Lyons, along with Dawes and Smith, were named the top three contestants, but it was Lyons who possessed the pizzazz that the judges were looking for, including all the elements to clinch the win for the runway challenge.

'Model in the making'

"It's still all so unreal and I can't believe I won," said Lyons. "Growing up, I was always fascinated with taking photographs and most of my pictures depicted 'a little model in the making'."

"Cindy showed tremendous progress, spirit and drive throughout the series and we are excited to start working with her," said Gordon.

Lyons said modelling had always been a childhood dream.

"When I found out that Pulse was venturing into the world of plus-size modelling, I entered because I thought it would be a great opportunity to fulfil my childhood dreams," she said. "It was worth all the hard work and I am so proud of myself."

It was a long, exhausting and emotional journey for Lyons during the six-episode taping, but she said that even when she felt the pressure, she remained fixed on the goal.

"It was a lot of hard work and the challenges were definitely a lot harder than how they appeared to be," she pointed out. "Some challenges tested us mentally (the Immuno-gizer commercial), physically (the Juliet Cuthbert gym boot camp workout) and emotionally (the creepy-crawly animal shoot at Hobby Hut), but I always believed that I had the right attitude, temperament and personality to go the distance."

Lyons, who stands at 5' 9.5", won an exclusive contract with Pulse and now joins the growing roster of full-figured beauties to sign up with the innovative 30-year-old agency.

An avid sportswoman who hails from Westmoreland, Lyons is also the consummate traveller. She spent most of her early years living on a US naval base in Guantanamo Bay, Cuba, as well as in several provinces in Canada. Now back in Jamaica, she hopes her big win will help to inspire other plus-size women to take the spotlight and bring the Caribbean woman's voluptuous figure and finesse to the fore.

"I hope to go all the way with this and I look forward to all the possibilities," she said. "There are loads of established brands I want to work with, like Lane Bryant, Jean-Paul Gaultier and magazines like Vogue and Cosmopolitan."