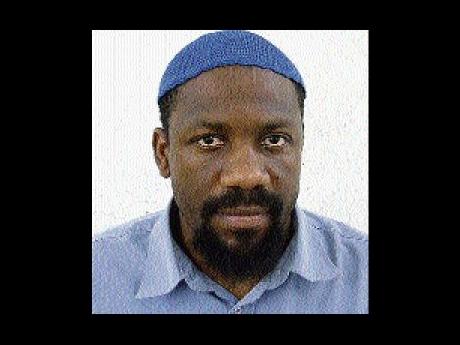 Abdullah al-Faisal, Jamaican-born Muslim cleric who was deported from the United Kingdom in 2007. He is now in Kenya awaiting deportation to Jamaica. - Photo by Paul Williams

CONTROVERSIAL Jamaican-born Muslim cleric, Abdullah al-Faisal, is expected to be deported from Kenya to Jamaica by Wednesday, the Reuters news agency reported yesterday.

"We have managed to get a direct flight for al-Faisal back to Jamaica and he should be out of Kenya by 48 hours," Moses Wetangula, Kenya's foreign minister, is quoted as saying.

Wetangula also said that two countries had agreed to allow al-Faisal entry but declined to disclose their names.

Initial efforts to deport al-Faisal to Jamaica had been hampered by other nations' unwillingness to let him transit through their airports.

The 45-year-old al-Faisal was arrested by Kenyan authorities on New Year's Day for preaching at a mosque in Nairobi, Kenya. This breached stipulations of his work permit.

Seven of those arrested appeared in a Nairobi court yesterday. They were charged with unlawful protest, theft and destruction of property.

Born Trevor Forrest in Westmoreland, al-Faisal converted to Islam at age 16 and emigrated to Britain in the 1980s. He was imprisoned in 2003 after calling for the murder of Americans, Hindus and Jews at a London mosque.

Jamaica's foreign affairs minister Kenneth Baugh and deputy commissioner of police Glenmore Hinds have said al-Faisal will face no extra scrutiny when he returns to Jamaica.