JNHT Act to be revised 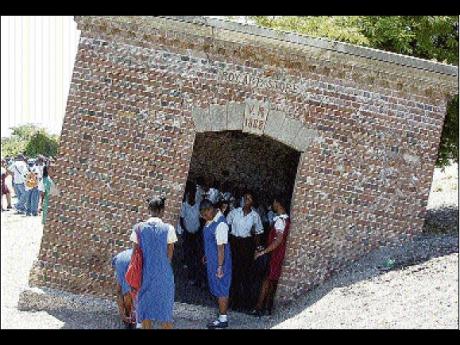 The Giddy House in Port Royal, one of the popular heritage sites in Jamaica. - File

THE JAMAICA National Heritage Trust (JNHT) is moving to revise the legislation which governs the protection of the island's heritage.

A series of consultations is being organised with members of the public on the proposed amendments to the law in a bid to make the statute stronger and more effective.

The JNHT has reported an increase in the destruction of some historic structures by vandals who sell the red bricks to earn a living. Some sites as soon as they are cleared fall prey to the thieves. The current Act has in place a fine of between $20,000 and $40,000 for demolition or alteration of a national monument.

This is not much of a deterrent, according to Lisa Grant, legal officer, who noted that the financial benefits to be gained by flouting the law far outweigh the fines.

The new JNHT Act proposes stiffer penalties for persons who wilfully destroy the heritage. The amendments also propose to offer greater information and guidance for persons who want to modify heritage sites.

The consultations will be held at the following venues:

Institute of Jamaica auditorium on January 19 at 3 p.m.

Legal disciplines to be covered include some of the following: