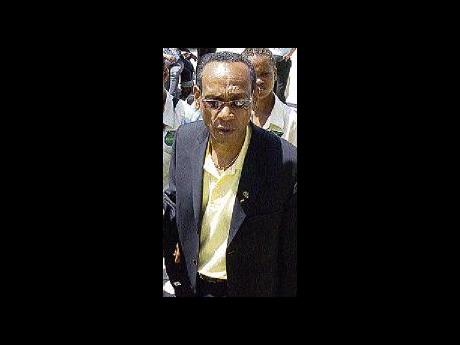 Jamaica's Under-20 female footballers left the island early this morning, buzzing with confidence ahead of their opening match in the CONCACAF final round World Cup qualifiers in Guatemala.

They will kick off Group B action against the United States on Thursday.

"I am very confident because if we execute what we did in training and if we concentrate and keep focused we should stand a good chance of doing well in our first game," said Vin Blaine, coach of the Jamaica.

We have to start out well

"I think that the mental and physical sides have come together and we're hoping that we can take it into our first game against the United States because we have to start out well," Blaine said.

"I believe that we can definitely qualify from this group because we are not going to be afraid of any of these teams, as we aim to play our style of game."

Blaine added that while he is partially pleased with the team's preparation going into the tournament, there was a number of areas that he was still working to improve.

"We have prepared as much as we can in the short time that we had and as you know we played two practice games. I like how they looked in one, and in the second half of the second game. But I think we have to get things right before the tournament starts," he said.

The Jamaicans lost 2-0 to Manchester High's Under-17 male team. They were then held to a 2-2 draw by a media invitational team.

The Jamaican squad also includes seven overseas-based players and Blaine indicated that he would be banking on their experience throughout the tournament.

"I think our strength lies in the back five because they have been playing well for us in our warm-up games. Up front, we need a bit more creativeness, but we have been working very hard on this in training and I'm hoping that they can get it right when the tournament begins," Blaine reasoned.