Williams-Darling to focus on administration 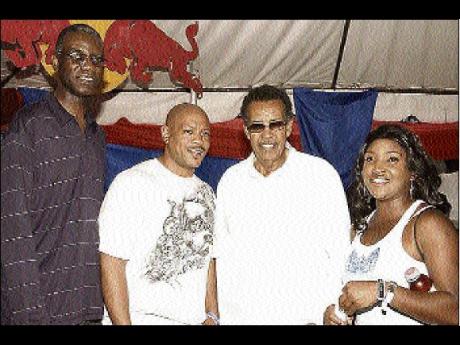 Tonique Williams-Darling, special guest at the sixth annual Douglas Forrest Invitational track and field meet, which was held for the first time at the National Stadium last Saturday, says it is her intention to focus on track and field development and promotion in her home country rather than coaching.

Speaking during the meet, which attracted record numbers of schools, athletes and spectators, the 34-year-old Olympic and World 400m champion, who was in charge of two athletes at the event, said, while coaching was important, there were a number of inefficiencies in the administration and promotion of the sport back in her homeland and that is where she would like to focus.

"What I find in The Bahamas, and in a number of small islands in the region, is the lack of information and the understanding of what is required to run a good track programme," said Williams-Darling, who won the 400m Olympic title in 2000 and the World Championship equivalent five times.

"It is therefore my ambition to go back home and help to develop facilities, coaches, managers, the promotion and general administration of the sport, so that it can grow from strength to strength and continue to make the people of the island proud," she added.

"It is a good motivation for Stubbs, given the fact that he is competing for the first time outside The Bahamas. He just finished high school and we are currently trying to get on the collegiate circuit in the US.

"As it relates to Lesha, it's early in the season for her and we expect her to improve as time progresses," explained Williams-Darling.

She also had high praises for the meet.

"Coming here has exceeded my expectations. I think it's a very good development meet and demonstrates as to why Jamaica continue to succeed at the highest level. It is a good outing. I am having a ball. I look to returning in the future to view similar meets," she said.