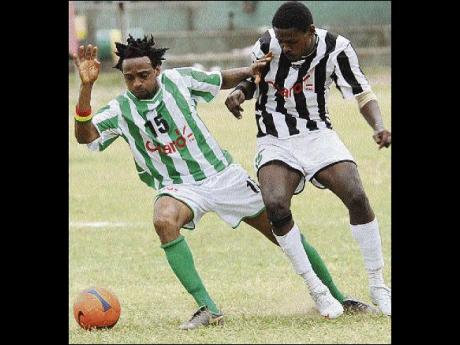 It's 'as you were' atop the standings in the Kingston and Andrew Football Association (KSAFA)/Claro Super League, as leaders Cavalier and second-place Rae Town recorded crucial victories over Meadhaven United and Mountain View, respectively.

Everald Campbell, coach of Rae Town, believes his team can get past Cavalier when both teams meet later in the competition.

"We are very optimistic we can get past Cavalier because we have the material to do it and the players are also confident they can do it," said Campbell.

"We have a game against them and I believe this could determine who wins the league."

Meanwhile, the Jamaica Defence Force, led by a 27th-minute strike by Oneil Spence, edged Real Mona 1-0 at Up Park.

Led by a double

Duhaney Park, led by a double from Earl Roberts (21st, 43rd) and one goal from Kadare Francis (49th), beat Constant Spring 3-1. Claudius Blackburn scored for Constant Spring at the 90th.