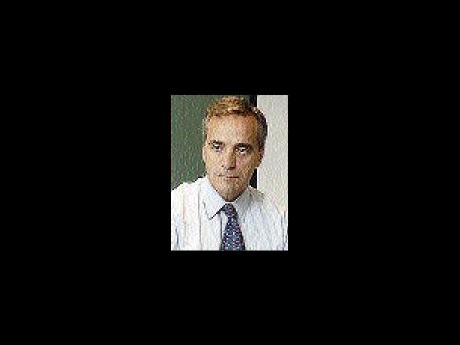 In 2009, Latin America and the Caribbean dodged a bullet.

Their efforts over the previous decade at better economic management and smarter social policy paid off, and the worst global recession in a generation caused only minor damage.

Does this mean the region can go back to business as usual, back to a commodity-fuelled bonanza, back to la vida loca?

The crisis has opened challenges that our policymakers will be forced to address and opportunities they will be foolish to ignore.

First, the crisis has shown the wisdom of governments that save in good times to spend more during downturns, what economists call 'counter-cyclical fiscal policy'.

That simple principle brought huge economic and political rewards to those who practised it, like Chile.

But it did more than that.

It opened the door to a new way of thinking about public finance. Much as in the early 90s worries about inflation led many Latin American countries to stop printing money to pay for fiscal deficits, and shifted control of the printer to an independent central bank, worries about unemployment may now lead them to link taxation and public investment to growth.

In the 1990s, half a dozen of our countries adopted so-called 'inflation targets', and met them. The times for more independent fiscal decisions that take into account 'growth targets' cannot be too far away.

Second, successful Latin American countries will have to learn to live with appreciated currencies.

With interest rates in the developed world likely to stay floor-low for a while, money will continue to flow into the region's more promising economies. This will make them less competitive.

There is no much they can do about it - try to increase efficiency, impose capital controls and taxes, keep banks from credit sprees. But the reality is that living in, or exporting from, places like Bogota, Lima, Sao Paulo to Santiago will be more expensive in US dollars.

It will be more difficult to sell our products in the USA and in any other country that keeps its currency tied to the US dollar, notably China.

That is why success in trade will now depend more on new products. Getting additional free-trade agreements will still be good.

But creating new brands will be even better. The problem for Latin America and the Caribbean is that, on the whole, they have not excelled at innovation.

They invest too little in research and development, provide few tax incentives, do not protect intellectual property well and their universities are disconnected from their businesses. It will take years to fix those problems, but the new global reality will make reform unavoidable.

Third, we will be wary of fancy finance.

Our banks and bourses sailed through the crisis rather well. There were no subprime surprises in Latin America, and only some in the Caribbean.

In part, that is because our financial sectors are small and unsophisticated. And, in part, because we still regulate them in a heavy-handed, old-fashioned way. On top, our remaining publicly owned banks came in handy to keep credit flowing.

Meanwhile, the developed world, shocked by the excesses on Wall Street, entered a wide debate about new ways to control financiers without killing their creativity. From how much capital banks should hold to how much bankers should be paid, and from who is 'too big to fail' to how savers should be protected, it is all up for discussion.

Over the next couple of years, governments in our region will have to decide how much of the new thinking to adopt and adapt.

That decision will shape the way their people save and their firms invest.

Fourth, we have learned the value of knowing the poor by name.

An estimated eight million Latin Americans fell into poverty in 2009, and about five million missed their chance to leave poverty behind. Those are sad numbers but, compared to past experience, they are very small. What sheltered us?

We avoided jumps in inflation, so people's purchasing power did not melt. But, more remarkably, for the first time we had effective mechanisms to protect the poor.

Thirteen of our countries had spent the last decade identifying the poor, one by one, and setting up channels to transfer them cash directly - not an easy task when you think that the poor rarely have bank accounts or even postal addresses.

This has provided a platform for the next big move in our social policy - to focus on equality of opportunity, on giving everybody the same chances rather than the same rewards, on equity rather than equality.

A bit presciently, a new technology to measure inequality of opportunity - the 'Human Opportunity Index' - became available in 2009, the creation of a team of Latin American researchers.

Fifth, from now on, we will demand a lot more of the state - to spend more, to regulate more, to protect more.

Trust in free markets has been damaged. But Latin Americans never really trusted the state either.

That is why they refuse to fund it and remain trapped in a vicious circle of tax evasion and deficient public services.

Even progress in fighting corruption (which, unheralded, has occurred) has not done much to rebuild the relationship between our state and our people. That will need to change soon.

Technology and politics will help. New ways to hold public institutions accountable have been penetrating the region for a while, initially among municipalities and provinces, where mayors and governors face voters more closely.

We now have standards to measure the quality of education, infrastructure, security and any other public service. How many words per minute should a second-grader read? At least 60.

How much should the cost of logistics be for every dollar exported? No more than 10 cents.

Few services in few of our countries are, of course, up to par. But political leaders who have committed publicly to this kind of results are doing very well, for example Brazil.

Our multilateral lenders were promised larger lending capacity and fairer representation. Flexible financing for good performers was quickly in offer.

The G20 brought Argentina, Brazil and Mexico to the table where the decisions that will shape the world's economy will be taken.

And our region is now seeing the emergence of its first, own global leader - Brazil. All this will condition our countries' future policies to be compatible with our new level of integration, or risk isolation.

Marcelo M. Giugale is World Bank director of economic policy and poverty reduction programmes for Latin America and the Caribbean.