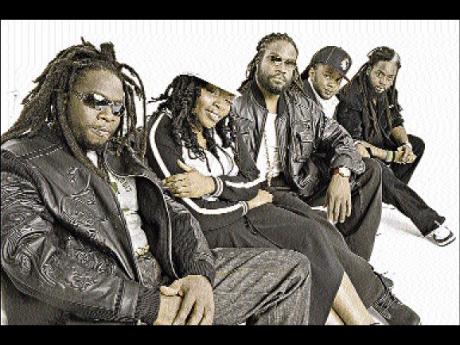 Vocalist Gramps Morgan of Morgan Heritage has revealed that the members of the family-group are itching to get back in the studio as a unit following their decision to venture into solo careers in 2008.

The famous reggae group, known for the songs She's Still Loving Me, Don't Affi Dread and several others, came on the local scene in 1994 and has since remained relevant with tight harmonies and unique individual styles.

The group has worked with many of the top reggae bands and artistes of today including Capleton, Junior Kelly, Luciano, Gentleman and Beres Hammond, and released their first album, Miracles, in 1994.

When the group announced that the members would be pursuing solo careers, it surprised the entertainment industry, many thinking the group was permanently splitting.

However, Gramps, who recently launched his full-length album, Two Sides of My Heart - Volume 1, said the move was in honour of their father's (Denroy Morgan) dream.

"This was his dream. One day he said to us he had envisioned us doing solo projects," said Gramps, born Roy Morgan.

He said the group decided to embark on solo projects after they had completed their Mission in Progress album tour.

"After we reached that pinnacle we asked, 'Will we have just another Morgan Heritage album?' So we challenged ourselves to take to that solo effort," he said.

Gramps' 16-track album is the first full-length project released by any of the group's siblings, which consists of himself, Nakhamyah 'Lukes' Morgan, Memo 'Mr Mojo' Morgan, Una Morgan, Peetah Morgan and father and leader Denroy Morgan.

Even though the members are busy working on various solo projects, the reggae singer said there's a consensus as it relates to duties which requires the services of Morgan Heritage.

"If the group calls, you are to report to duty," he said.

For the past three months, the group has made live appearances in Senegal, Suriname and Dominica, and Gramps said everyone is having fun. Morgan Heritage's next stop will be in Africa.

"We are having so much fun and watching each other develop. Everyone is itching to go back in the studios as Morgan Heritage," he said.

Gramps added that their father has also been delighted with their solo efforts.

"My dad is loving it, and he laughs at it everyday. After he listened to my album he was in tears. There is a lot of sentiment in that album," he said.