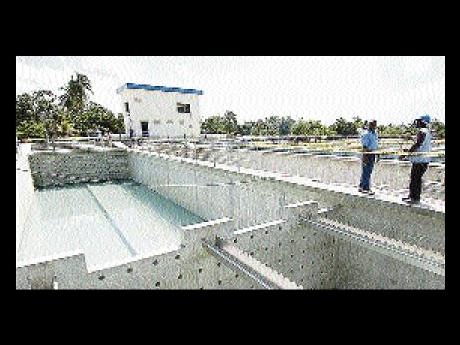 THE NATIONAL Water Commission (NWC) is getting tough on delinquent customers and is warning of plans to increase its drive to prosecute debtors.

In a release yesterday the NWC said it was stepping up its debt-recovery operations following numerous, failed attempts to engage customers with delinquent accounts.

"We have offered amnesties, payment plans even extensions on these offers. All the channels to a mutually agreeable resolution have been exhausted and we are now intensifying the rate of disconnections as well as prosecutions," declared Ferdinand Kennedy, recovery manager of the eastern division.

To date, money owed to the NWC's eastern division amount to more than $6 billion.

Commenting on the issue, Michael Dunn, eastern division vice-president at the NWC, said he was deeply concerned about the unresponsiveness of customers.

He said the NWC had offered amnesty and payment arrangements for customers.

"We have been very patient and understanding, and customers now need to honour their obligation and make the payments for the service they received," he said.

Anthony Cornwall, St Mary/ Portland area manager, revealed that bailiffs have been recruited to assist in the debt-recovery drive.

According to Cornwall, "In these two parishes, we have about 122 delinquent accounts on our records, with outstanding debts totalling almost $26 million, and we will be making every effort to collect as much of this money as possible."