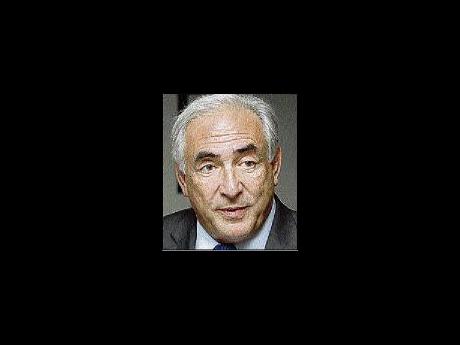 The head of the IMF said China and other developing Asian economies are leading a global recovery that is faster and stronger than expected, but warned that money rushing into emerging markets could lead to asset bubbles.

Dominique Strauss-Kahn, the managing director of the International Monetary Fund, strongly suggested Monday that the IMF would raise its 2010 global growth forecast from the 3.1 per cent it projected in October.

China, India and other emerging Asian economies were close to returning to their pre-crisis growth rates, while rebounds in the United States, Japan and other advanced economies remained "sluggish," he said.

"The forecasts we're going to release in a couple of days will show that this recovery is going faster and stronger than we expected" several months ago, Strauss-Kahn told reporters in Tokyo.

While the IMF doesn't forecast a "double-dip," or second recession, risks remain, he said.

"We have to be very cautious because this recovery remains very fragile."

While hundreds of billions in stimulus spending by governments around the world avoided another Great Depression, he said, the most important risk facing the global economy is deciding how and when to reverse those polices and deal with resulting debt burdens.

"Now we have to fix the consequences of the policy that has been put in place to fight against the crisis," he said. "Finding the right time to implement exit policies is really a difficult one."

The best indicators for timing fresh growth strategies are monitoring private demand and employment, he said. The IMF recommends that governments devise policies that will support the labour market given still-high joblessness, which could lead to social unrest in some countries.

A key lesson from the global financial crisis is that authorities need to beef up supervision - more so than regulations - of financial institutions, he said.

"You may have the best regulations in the world, but if it's not supervised correctly, it's no use."

Strauss-Khan also said he was worried that the unified political will to tackle the crisis demonstrated at the Group of 20 summits last year will vanish as the world economy recovers.

The rush of money into major emerging markets such as China, Brazil and Russia reflects investors' recognition that these economies are growing rapidly.

But Strauss-Kahn said this could lead to "many problems", including asset bubbles and a sudden drop in foreign investment, much like Eastern European countries experienced during the global financial crisis.