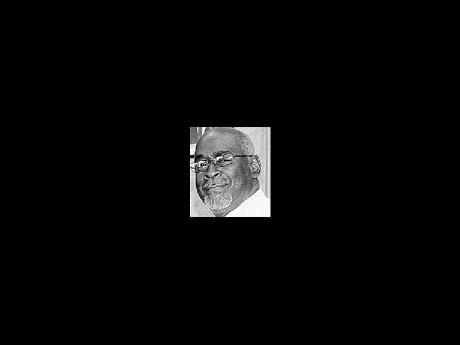 There are some phrases that are trotted out whenever persons are asked to suggest what we must do to rectify our social ills. I believe that these obfuscate the situation and end up being more of a hindrance than a help.

For example, in discussing solutions to the crime situation, we hear 'dismantle the garrisons'. Garrisons, as I understand, are urban working-class areas in which, for one socio-political reason or the other, the residents all support one political party and in which henchmen of that party rule supreme. So what would 'dismantling' them entail? To my mind, to dismantle these would mean to 'depoliticise' the communities - a pipe dream, especially as some were political creations! The high-rise garrisons, when they were built, were 'peopled' by the supporters of one party or the other. In the others, over a period of time, supporters of one party were either scared off or burnt out. So the residents now all support one party.

On the other hand, we cannot force a political 'mix' in these communities. Do we identify all the street, area and community leaders and banish them? Or do we take half the people from garrisons of the People's National Party (PNP) and put them to live in garrisons of the Jamaica Labour Party (JLP) and vice versa? (Maybe this would be an interesting strategy as they would probably turn upon and eliminate each other!)

If then, this idea of dismantling the garrisons is an impractical pipe dream, can we then stop bandying the phrase about?

Then there is the call on government to 'give the youth jobs'. We live in a capitalist, market-driven society. One earns money by making goods or providing services that other people want and selling them. No government, no agency, simply creates jobs for the sake of providing employment. What is worse, in capitalist societies like ours, the Government is discouraged from entering into any money-making enterprise, especially if it is seen to compete with the private sector. For jobs to be created, someone has to identify a need for a good or service, they then have to access the capital for the initial setting up of an enterprise which would satisfy this need, make the financial investment and then and only then, employ persons to do the work of providing the good or service.

The Government's job is to educate the young so that they are employable and able to undergo further training; to facilitate investors' research into the most efficient ways to provide needed goods and services; and, by its fiscal and economic policies, to make the investor able to ensure the viability of the enterprise. The Government then protects the employees from exploitation, and the country as a whole from the greedy and rapacious among the investors.

This belief that Government must simply 'provide jobs' has led to an attitude where some of our youth believe that jobs have been provided so that they can 'tek care a dem youth'. Not of participating in a worthwhile endeavour; of creating or doing something of which they can be proud; striving for excellence, or giving a bit extra so that the company of which they are a part can achieve its goals. It is simply about the wage. A man is simply to draw his wage and 'tek care a him oman dem an im youth'.

And then there is 'the Church must step up to the plate'. The Church, like all human institutions, has problems. But for years, the Church was responsible for almost the entire education system. Nowadays, many poor children are still educated by church-run basic schools. Churches run skills-training programmes, and many assist and mentor youth. The Church also created the building societies. Today, many still help to house the poor. Churches have built hospitals and many still run free clinics for the poor. And there are The Brothers of the Poor.

But whenever the Church takes a stance with which we disagree, we rush to suggest that the Church does not have the moral authority to speak - despite its records in housing, education and welfare!

For our deliberations in these parlous times to be meaningful and helpful, we need to drop these 'catch' phrases and get into honest, thoughtful debate.