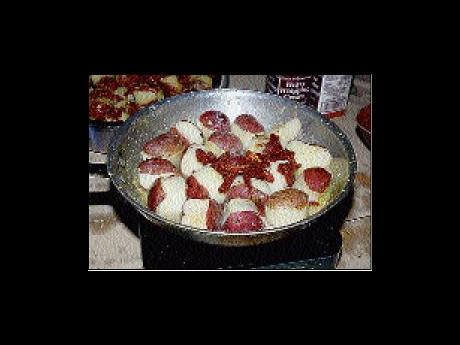 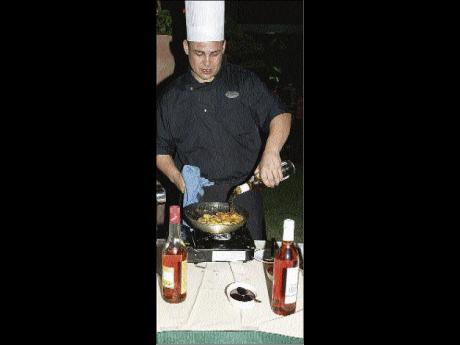 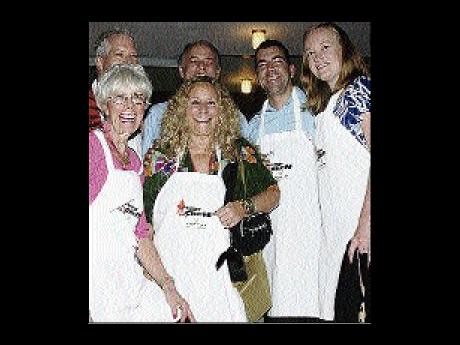 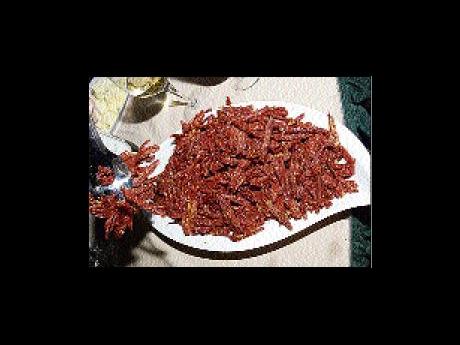 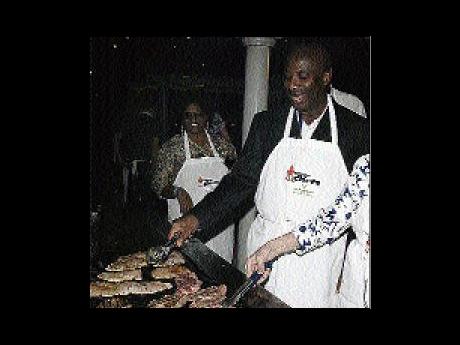 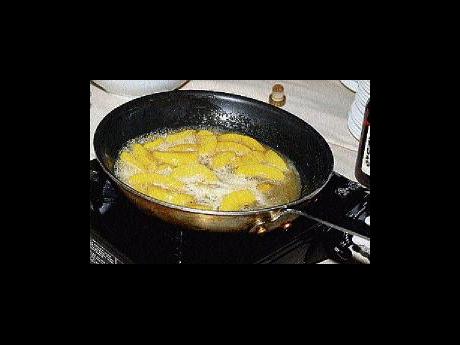 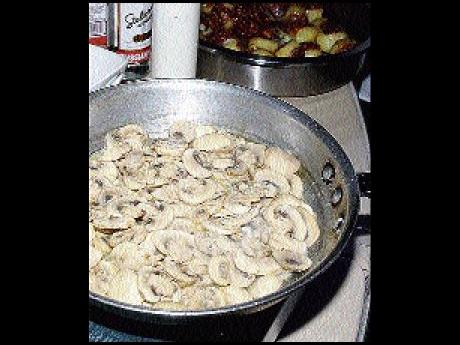 Left: Damián Hernández is the youngest executive chef in a full service hotel in Puerto Rico, and knows how to create magic on the grill at the Verdanza Hotel in San Juan. Right: 'Grilling with the Chefs' at the Verdanza Hotel, in San Juan, Puerto Rico, were some of the world's most renowned travel writers (from left front row): Gay Myers, Travel Weekly, Melanie Reffes, Canadian Traveler magazine; and Ciara LaVelle, Recommend magazine. (Back row from left): Mark Rogers, Travel Age West; James Ruggio, Travel Post Daily; and Joe Pike, Travel Agent magazine. All were covering the Caribbean Marketplace in Puerto Rico. - Photos by Janet Silvera

Michael Jackson's Rock with You, belted from the entertainment system, stirring the pituitary glands, while the palates stirred hungrily, discovering Puerto Rican cuisine with a twist.

The twist - breaking from the 'same old, same old', journalists and travel writers from all over the world donned aprons, took up their spatulas and thongs and went 'Grilling with the Chefs' at the new Verdanza Hotel in Isla Verde, Puerto Rico, two Mondays ago.

Assisted by executive chef, Damián Hernandez and his team of culinary experts, The Gleaner was among the media houses invited to 'tun it han' an' mek cooking'.

Experiencing the spirit of not just Verdanza, but that of the land, this writer grilled shrimp and salmon, while the St Kitt's-Nevis Observer did several pieces of succulent skirt steak. Gay Myers of Travel Weekly, took responsibility for the chicken, while The Bahamas' Chester Robard burnt his fingers trying to prepare the Peach Melba with brandy.

But even before these interfering writers got to the Verdanza Hotel, most of them knew that Puerto Rican cuisine combines the cooking traditions of the island's first inhabitants, the Taíno Indians, with those of Spain and Africa.

The Taínos gave these people root vegetables such as taro and cassava which are an important parts of the local diet. From the Taínos came the use of annatto and spiny leaf to condiment food. Meanwhile, the love of stews and rice dishes come from the Spanish, who brought to Puerto Rico wheat, chick peas, olives, olive oil, onions, garlic, eggplant, spices, meat, poultry, and cheese, among many others.

But some of the most loved staples came to Puerto Rico from Africa: coconut, yam, pigeon peas, banana, plantain, and Guinea hen. African slaves also introduced the method of deep-frying foods.

There was no way we would leave the Verdanza without a recipe for a very traditional rice dish - with a contemporary twist by Chef Damián Hernández.

Left: The potatoes were the only delectables that escaped the grill. They were cooked with love by travel writers and journalists. Right: Sun-dried tomatoes ready to garnish the potatoes at the 'Grilling with the Chefs' dinner, at the Verdanza Hotel in Puerto Rico.

Mamposteao rice is a dish of humble birth, originally made from leftover white rice, cooked red beans, and assorted ingredients readily available in the kitchen (usually meat, vegetables, and spices). Today, mamposteao rice is made from scratch and found on the most modest to the most lavish of tables. Chef Damián dresses it up with dry-cured Italian prosciutto ham.

Peach Melba dessert served with ice cream was a hit at 'Grilling with the Chefs' fun-filled cooking class, to which journalists from all over the world were exposed in Puerto Rico, on Monday, January 11.