'We haven't been getting any starts'... Perry defends decision to drop Marshall 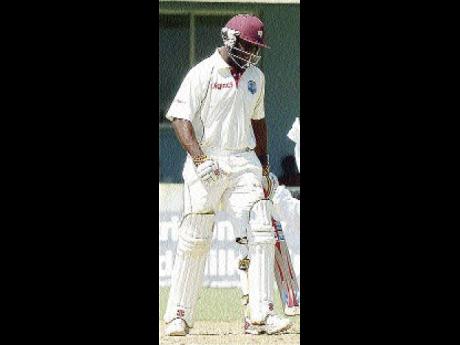 Nehemiah Perry, the Jamaica Cricket Association's chairman of selectors, has defended the decision to drop misfiring batsman Xavier Marshall for the team's regional four-day match against Guyana, which starts tomorrow in Barbados.

Marshall, who was one of the most impressive batsmen during the trial games used to select the squad before the competition, has been in miserable form - scoring a miserly 25 runs in his four innings so far this season.

This led to his omission from the 13-man squad that will face Guyana, with Danza Hyatt his replacement.

"We haven't been getting any starts at the top of the order, so we decided to give someone else a chance and allow him (Marshall) to re-assess what he is doing wrong - study some videos and see why he isn't getting any runs at this level," said Perry, a former Jamaica and West Indies representative.

Marshall, who has seven Test and 24 One-Day Internationals under his belt for the West Indies, has struggled over the years while representing his country.

The 23-year-old has not registered a century in 30 games for Jamaica, averaging approximately 25 runs per match, while scoring eight half centuries.

Perry, pointed to Marshall's impressive pre-season form as a source of hope for a positive season from the youngster, but expressed grave disappointment with his performances so far this season. He is, however, hoping that the promising batsman will bounce back from this latest setback.

"He looked very good in the trials but he has certainly not been good enough so far. It's not a situation where he is getting out by some good balls, it's all just bad shot selection and lack of concentration and fight on his part, plus his technique has been really off," Perry offered.

"I expect him (Marshall) to be upset and disappointed, but it's all a part of development. Sometimes things like this can help you to come back stronger. I would be surprised if he lays down and fades away in the wind; he's young, there's a long road ahead of him."

Perry is, in the meantime, looking forward to a good showing from Hyatt, who has been in and out of the national team.

"Danza (Hyatt) has not been getting any real good run with Jamaica. He has been in and out of the squad and we think it's about time he gets a good chance," said Perry.

Marshall, in the meantime, will join several other fringe players at the Melbourne Park, where he will be involved in a programme being led by Robert Samuels and a number of other coaches.