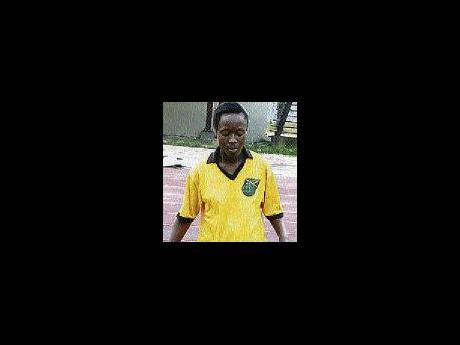 Jamaica's Under-20 female footballers will face powerhouse United States in the opening game in Group B of their final round CONCACAF Under-20 World Cup qualifiers in Guatemala City today, starting at 3:30 p.m. (4:30 p.m. Ja time).

The young Reggae Girlz, who are led by Sashanna Campbell, arrived in Guatemala on Tuesday full of confidence and according to their coach Vin Blaine, they are hoping for a good result against their rivals.

"I am very confident because if we execute what we did in training and if we concentrate and keep focused, we should stand a good chance of doing well in our first game," said Blaine, in an interview with The Gleaner.

"The USA is the number one team in the region and this will be a good game for us to start with, because it will help to get the nervousness out of the girls for the rest of the competition," he pointed out.

"I think if we get a good result against the USA it will definitely help their confidence going forward in the competition."

The Jamaica squad include seven overseas-based players and Blaine indicated that he would be banking on their experience throughout the tournament.

Among those who should feature in today's match are Jamilia Campbell-Henny and defender Zovel Hyre.

Continuing, Blaine reasoned: "I think our strength lies in the back five because they have been playing well for us in our warm-up games.

"Up front we need a bit more creativeness, but we have been working very hard on this in training and I'm hoping that they can get it right when the tournament begins."

Semone Honeyghan is the team's main goal-getter and will lead the hunt. Young Trudy Hunt could also figure at the scoring end, while Sushana Dobson and Monique Price are other key players.

The Jamaicans will tackle Mexico in their second game on Saturday, and Caribbean rivals Trinidad and Tobago two days later.