Hussey saddling up for polo 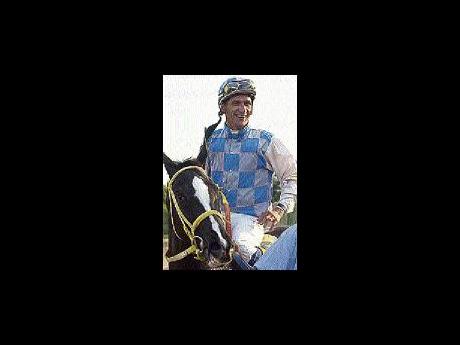 Hall of Fame jockey Charles Hussey hung up his whip on April 26 last year; but now has plans of taking up a mallet.

The four-time champion jockey has rode 1,239 winners on the national circuit and close to a 1,000 on the North American circuit. His feats include the unforgettable 1998 Superstakes triumph aboard Terremoto. Hussey went on to win four of the other big races that day and missed out on a fifth by a nose.

He recently got exposed to polo and experienced what can only be described as 'love at first strike'.

"It was the first time I have ever held a polo stick (mallet) and no one could believe that I could hit a ball like that," Hussey said. "I plan to purchase some polo equipment and start it shortly," he added.

Since retiring from horse racing, the 52-year-old Hussey has taken up painting and says he is a whiz at painting a horse. He has also, within the last five months, taken up duties as a trainer at the family stables.

Hussey remembers how he got exposed to it.

"I never had an interest (in polo) before, I just took my son to take some lessons on Sunday and persons there encouraged me to jump on a horse," said Hussey.

"The horse galloped off and I took one swing, I hit the ball 20 feet and they all couldn't believe that I could hit the ball that well, so I reminded them that I have been riding horses for 40 years, so all I had to do was put my eye to the ball and hit it. For me it is a simple thing," said Hussey.

He added: "I enjoyed it, I had fun, and so I will keep doing it. You just might see me out there in the tournaments not too long from now playing."

Polo is a team sport played on horseback, in which the objective is to score goals against an opposing team. Players score by driving a small white plastic or wooden ball into the opposing team's goal, using a long-handed mallet.