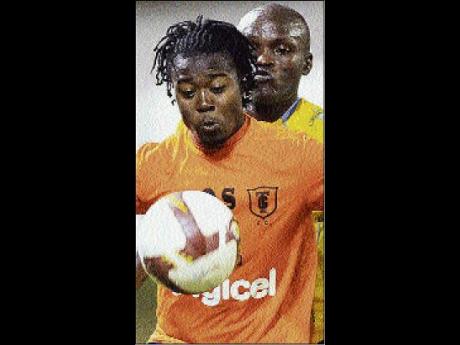 Meanwhile, Tivoli Gardens moved closer to securing a place in the semi-final, following a 2-0 win over Harbour View, in their first-leg match at Edward Seaga Sports Complex.

Waterhouse dominated the early proceedings and should have taken the lead in the 26th minute, but substitute Kemar Rodney's point-blank effort was cleared off the goal line by Cavalier's David Laylor.

Phillip Riley got Cavalier's best chance of the first half, but after dribbling his way past two Waterhouse defenders and with custodian Moshell Nelson at his mercy, he kicked a weak effort wide of the target.

Both teams squandered a number of clear-cut chances in the second period, with poor finishing from their strikers being a major feature.

Despite the draw, Waterhouse's coach Geoffrey Maxwell, said he was satisfied with his team's efforts.

"We rested about seven first-choice players because I decided to give our reserves a chance. But I think it is a deserving result for both teams, even though I think Cavalier created the better chances," said Maxwell.

"I think that come next week in the return leg at home, we will be at full strength," added Maxwell.

Meanwhile, Lamar Morgan, coach of Cavalier, said he was delighted with his team's performance.

"I am very pleased with the result, but I do think that we should have won this game because we created most of the chances in the second half, which we should have put away," said Morgan.

"I am also pleased that we are not going down to Waterhouse trailing because they are a good team and I know that we will have to play really hard to beat them at Drewsland," Morgan added.

The second leg will be played next week Wednesday at the Waterhouse Mini-Stadium.

The first two quarter-final games were played on Tuesday, with August Town vs Arnett Gardens ending 0-0 and Greenwich Town vs Boys' Town finishing 2-2.