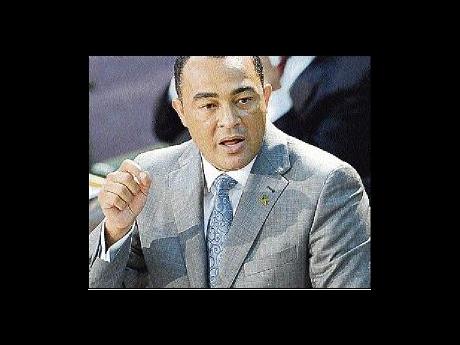 Dr Christopher Tufton, the minister of agriculture, is urging more private interests in invest in the sector. "The time is right for the private sector to invest in agriculture because of proven returns in certain sectors, and good opportunities are now available," he told a breakfast meeting at the Knutsford Court Hotel, hosted by Earl Jarrett, chairman of the Private Sector Organisation of Jamaica (PSOJ) Trade Policy Committee.

Dr Tufton told his audience that money could be made in agriculture, with returns on investment ranging from between 25 per cent and 86 per cent, depending on the area of investment. New government policies - among them the current debt-management strategy, lowering of interest rates, agricultural land utilisation, organic food, nutrition, security and agricultural export policies - would make investment in the sector more attractive if they were successful, said the minister.

"The private sector must also be the productive engine of growth for the country and the sustainability of the agricultural base must be linked to the nation's trade policy," said Dr Tufton.

Given projections for an increase in world population growth of 37 per cent, or 2.5 billion people by 2050, he said that this would require a doubling of demand for food items, making production and processing of food more critical. Pointing out that the Jamaican food-import bill for 2008 was over US$900 million, Minister Tufton said that there would be increased opportunities for import substitution. Targeted crops that can be grown locally include onions, Irish and sweet potatoes.

The minister said that the Government has lands for lease, access to low-cost financing, technical support, market information and tax incentives, including the 20 per cent concession on vehicles, concessions on general consumption tax, other import duties and income tax.

For his part, Earl Jarrett, who is also general manager of Jamaica National Building Society, said the meeting with Dr Tufton was organised "against the background of numerous challenges facing the productive sector and the improved performance of the agricultural sector, which had been doing far better than most other sectors".

He welcomed the minister's presentation, commenting that the opportunities cited by the minister for investment were favourable. Jarrett also commended the minister on the "new look' of his ministry with the bright, young, new faces and strong business orientation, which he said was "a fresh change".