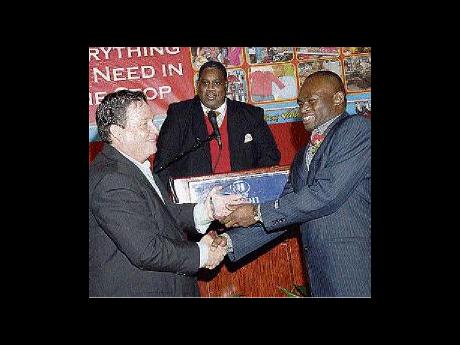 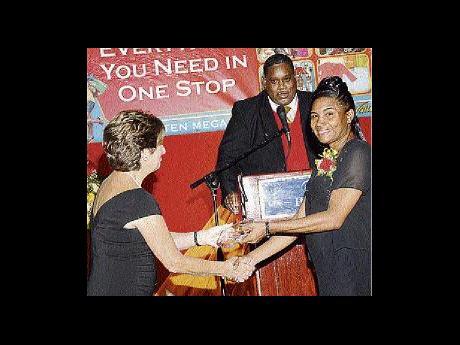 The MegaMart Wholesale Club rounded off the celebration of its 10th anniversary by honouring long-serving members of staff at an awards ceremony at the Hilton Kingston on Tuesday evening.

Some 43 employees were presented with long service awards for 10 years of loyal and dedicated service to the company; 15 received special awards for outstanding service, while three persons were recipients of the chief executive officer's special awards.

In addition, founder/chairman and chief executive officer, Gassan Azan Jr, and director Dawn Azan (his mother) were surprised with citations and awards. In the citation to Mr Azan, he was praised for, "vision and outstanding leadership", while Mrs Azan was recognised for "outstanding contribution and support for the MegaMart chain".

Guest speaker, Digicel Jamaica's Chief Executive Officer, Mark Linehan, congratulated the awardees for their, "commitment and dedication to MegaMart and its customers". He also commended Mr Azan and his team for achieving their 10th anniversary and pointed out, "Not only have you changed the scope of retail shopping in Jamaica, you have also motivated other retail entities to raise the bar in the level of customer service they provide."

Entertainment for the evening included performances by cabaret singers A.J. Brown, Ian Andrews and the Desi Jones and Friends band.