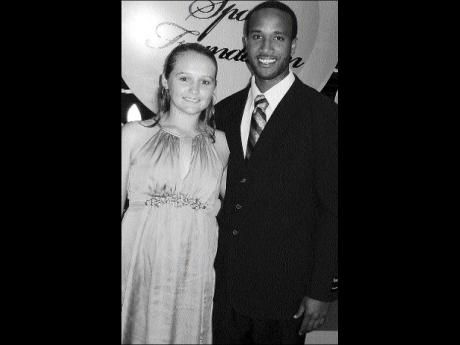 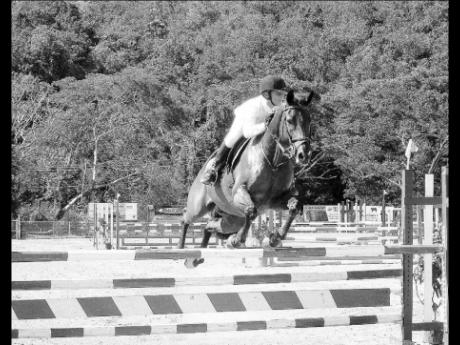 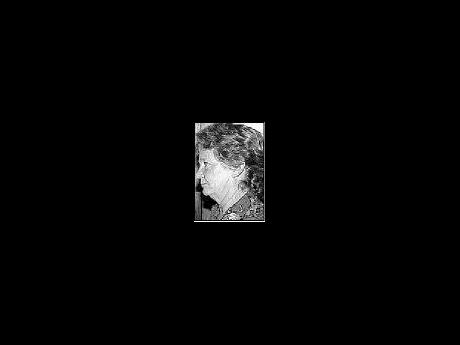 Julian Hyde (right) and Shelby Wildish were tops in showjumping in 2009. - Contributed

Julian Hyde and young Shelby Wildish were tops in showjumping in 2009. Hyde won two dressage competitions during the course of the year along with the FEI world showjumping challenge in August aboard his customary horse, Alexis Pegasus, at the Kingston Polo Club and Equestrian Centre, Caymanas Estates.

Both riders had three clear rounds and four faults in the final round to finish in a tie. However, Hyde clocked a faster time - 58.60 seconds as against Vaz's 59.97 and was declared the winner.

Justin Vaz aboard Shabba Ranks. He had a quiet year because of exams.

The veteran equestrian, Susan Wates, riding Matrix, finished third with six faults in a field of 12, while Gabby Ralston was fourth.

With the top female rider in 2008, Bianca Fedele, attending college in the United States, Wildish came into her own, winning the Hi-Pro Grand Prix series aboard Matrix at the Kingston Polo Club in the latter part of the year, ahead of Adam Lake.

As a 13-year-old last year, Wildish, who is coached by Susan Wates at the Kingston Polo Club, was a member of the Jamaica 15-and-under team comprising Jason Walter and Jonathon Vaz, which performed creditably in the FEI world dressage challenge.

Vaz, the younger brother of Justin Vaz, did well to win the Jamaica leg of the competition aboard Shabba Ranks in March, against competitors from Trinidad and Tobago, Barbados, Haiti, The Cayman Islands and defending champions, Bermuda.

The 13-year-old Hillel student thus won his first major championship, competing in the children's preliminary section of the international test and winning in fine style against a very competitive field. He finished ahead of Wildish on Comet, Jason Walter, Kelly Nunes and Adam Lake.

Hyde also won the Jamaica leg in the 16 and over category, scoring 63.5 per cent on the test, while Susan Wates on Miss Fran was a close second with 63.3 per cent, and Brianna Schwapp third, 62.8 per cent. Chrystal Peter, riding Camelot, was the only competitor in the elementary class adults, scoring 62 per cent.

Justin Vaz, who was the top showjumper in 2008, had a quiet year by his standards, winning only the High League jumping contest ahead of Hyde. However, it is understood that the 16-year-old Campion College graduate was consumed by CSEC studies last year and just could not devote enough time to the sport.

According to his father, Richard, Vaz is now trying to qualify for the Youth Olympics, to be held in Singapore, later this year.

Hyde, who completed studies at the University of the West Indies during the course of the year, has been conditioned from the tender age of eight by former national coach, Betty Wates, who still believes he has the potential to go far.

"Julian continues to show great potential, but the funds to support him going further internationally are just not available. However, he has a passion for the sport and will continue to play a prominent role," said Betty Wates.

Susan Wates noted that the participation of Samantha Albert in the 2008 Olympics in Beijing, China, has influenced many youngsters to enter the sport.

"There has been a lot of new faces in the past year, and with many showing an interest from very young. This can only be good for the development of the sport," said Wates, who was quick to add that the UK-based Albert visited the island in December and conducted a number of clinics.

During the course of the year, the Equestrian Federation of Jamaica elected a new president in John Ralston.