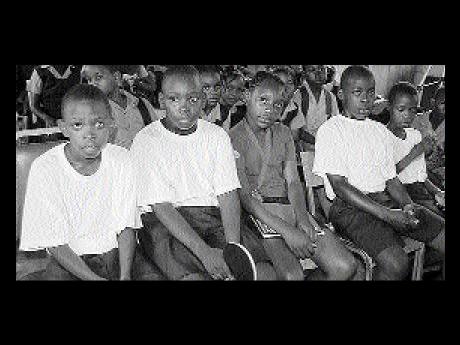 The Jamaica Table Tennis Association (JTTA) is stepping up its efforts to have more youngsters playing the sport and has partnered with the government and an Indian company to have boards distributed in schools right across the island.

The JTTA is also looking to stage a massive primary schools league later this year, and is currently locked in serious discussions with a number of potential partners and sponsors.

More than 100 competition standard boards have been brought into the island, as the association looks to expand the sport at the primary school level and also increase its visibility with the establishment of more playing centres across the country.

President of the JTTA, Keith Garvey, conceded the sport's weaknesses at the primary school level and admitted that more needs to be done if the sport is going to grow locally.

"The way forward for table tennis has to be through the youth. That is where the future lies and we have some good talent there," said Garvey. "We have a very good prep school league and that has been going good but we cannot stop there. The real talent in sport, and not just table tennis, but sport in general, has to come out of the primary and all-age school level. It was a shortcoming of ours for years; we weren't popular in these schools."

Indian-based equipment providers STAG shipped a number of boards, barriers, balls and other equipment to the JTTA last year, while the government, through the Sport Development Foundation, contributed in a major way with the handing-over of 75 international standard boards, exclusively for distribution in local schools.

To date, over 29 schools have benefited from the programme, with a number of other institutions set to come on stream later this year.

This has addressed the problem of a lack of competition boards that had plagued the organisation for some time and will also aid in its move to spread the sport across the country.

Playing centres have already been established in Manchester, Portland and St James and Garvey is hoping to continue the expansion into other areas throughout the year.

"We are now looking for more venues where we can set up more centres so that players can come together and improve their skills. The more centres you have the more persons you will have playing the game and more visibility," shared Garvey.

Garvey is hoping that the organisation's new directive to capture the primary school market will also serve to attract more corporate support for the JTTA and help to raise the sport's profile among local sporting enthusiasts.

Said Garvey: "I'm sure that sponsors will react because they will realise that they are on to a good product that can provide for them the mileage that they desire."