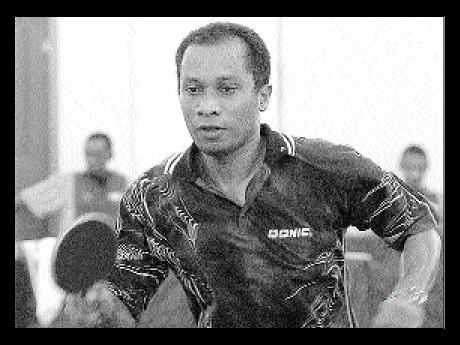 Reigning national men's singles champion, Peter Moo-Young, is gearing up for some tough competition from his young rivals as he prepares to defend his title at this year's National Table Tennis Championships.

The over-40 Moo-Young, a two-time national champion and Caribbean Championship bronze medallist, has described the current set of youngsters as "very talented and should not be underestimated." The top players among them are Michael Cai, Kane Watson and Don Walker-Petinaud.

"I don't think I am good as the current crop of players around and I would be lucky to be among the contenders," said Moo-Young,

"I think the fellows are getting better and better and their skills are improving and I would consider myself lucky to even compete with these youngsters," Moo-Young said.

Moo-Young added that the Jamaica Table Tennis Association (JTTA), has been waiting for years for the young players to be beating up their seniors and this maybe the year it will happen.

"They (the youngsters) have been putting in a lot of hard work and you just have to give them encouragement and I think it would be a good year for the fans because the young talent will be upsetting their senior counterparts," Moo-Young added.

However, despite the threat from the young players, Moo-Young said he has been working very hard to improve his game and will be doing all he can to successfully defend his title.

"I have my national title to defend and I am going to stay in shape and try to be active this year, but I don't have any lofty expectations," he said.