Literary Arts - For my lover 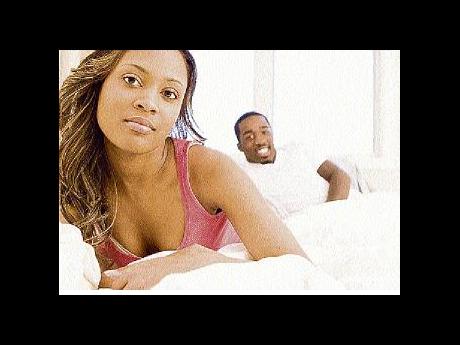 It is a little past five o'clock in the morning when Kai gets up to leave. I feel him moving quietly out of the bed, trying his best not to wake me. Mornings are often awkward for us. In the chill of the dewy start to the day, with the sun barely peeking over the horizon, questions often hang in the space between us. Kai usually stares at the ceiling, my sheets wrapped around his legs almost like chains, one arm hanging off the bed.

In the morning, Kai will not look me in the eye. He sneaks out of bed, actually sneaks, tip-toeing across the room, back slightly hunched over, cringing at the squeak the bathroom door makes when he tries to shut it. If I wanted to, I could tell him that if he just pushed the door shut quickly, it would make no sound, that it only squeaks when moved slowly, but why should I make it easier for him?

Yes, mornings are like this, almost a punishment for the exultation of the night before. It doesn't have to be this way. I could jump out of bed, press a kiss to his cheek and make breakfast for us. I did it once, you know. I skipped into my little kitchenette and made fried eggs with bammy and thick slices of ripe plantain. Coming out of the bathroom, Kai literally froze, like a deer caught in headlights. And my heart sunk to the bottom of my stomach. Later, I wiped my eyes while scraping cold plantain and congealed eggs into the garbage.

But don't judge me for letting him come back again and again. You don't know what it's like. If you were in the same situation, you would do the same thing. If you sat at home, watching a man on TV perform in front of thousands of people, watching women trying to pull him off the stage and tear at his clothes, watching his perfect features and earth-shattering smile on talk shows and interviews, wouldn't you consider yourself lucky if this same man wanted to be with you?

Even if he couldn't be with you all the time. Even if you knew there were other women, would you care? Don't try to tell me you would. You wouldn't be able to help yourself, any more than I could when Kai first smiled at me.

I was lucky enough that night to get a backstage pass from my friend Andrea. I wandered around, trying to look like I belonged there, hoping to get an autograph or a picture with one of the artistes. Shaggy left as soon as his performance was done, jumping into a van before the girls backstage had a chance to mob him. I remember no one was paying me any mind until I walked right into Kai. He was standing with his manager and the promoter. Up close, his skin was smooth like deep caramel, his eyes were a soft brown, and his hair was braided back from his face in fine, shiny plaits. I literally walked right into him - I never look where I'm going - and he stepped back in surprise, his mouth curving into a decadent smile.

"Sweet girl," he said with a grin. "What you doing back here?"

I swallowed and offered him the event poster I had been carrying with me.

"Can I have your autograph?"

His eyes raked over my short white tube top, and tight blue jeans.

"Tell you what," he said. "You can have an autograph, if you give me your number."

That's how easy it was to get a rising dancehall star to love me. And don't try to tell me that he doesn't. You don't see his eyes when he lets himself into my apartment in the middle of the night and gets into my bed, lowering himself over me and kissing me until I can't breathe. He looks at me like I'm the only person in the world. And afterward, he kisses my hand and my cheek and my forehead and holds me close until we fall asleep. If you think that's not love, then you don't know what you're talking about, and it's none of your business anyway.

Kai is my secret, and I'm his. None of my friends know about him - I don't feel like answering a bunch of questions and most of them would just be grudgeful. His girlfriend at home wouldn't understand either, although he says they're about to break up, so it doesn't matter what she thinks.

It's just the mornings that bother me.

Now I can hear the shower running, and I curl up in the covers, suddenly feeling cold. It's better if I pretend to be asleep. One time, I started crying and begged him to stay with me, and I will never forget the tight look on his face when he finally left that morning. He didn't call me for almost two weeks after that.

I hear the bathroom door opening and I keep my eyes closed and my breathing steady. Under the covers, I am still naked, and Kai comes over to the bed and runs his hand along the exposed part of my thigh. The bed creaks slightly as he sits on the edge. I feel his hand brushing my cheek and smoothing back my hair. Then within a couple of minutes he is dressed and out the door.

A week later, I am feeling kind of different. I changed my hair today, I cut it very short, with pixie-like bangs framing my face, and I feel good about how I look. Two guys at my office complimented me today, and I know one of them likes me, he's been dancing around trying to talk to me for weeks. He's cute and nice and everything but I like a man with a little more swagger. Those guys who think they can have any woman, who just take what they want. Anyway, he makes me laugh and that I don't mind. He had me cracking up all day today. Kai hasn't called me in a while.

Somehow, today, I don't mind so much.

That night, I am about to fall asleep when I hear the front door opening. Kai.

He walks into the bedroom with a gift bag. It's probably jewellery or lingerie - an apology for staying away so long. For some reason, I'm not as excited this time, but I open it anyway, while he watches from the edge of the bed. It's a silver sweetheart necklace from Tiffany's. I look at him, his face framed against the silhouette of the TV in the dark room. They're showing highlights of a stageshow, and it's a clip of him performing at Sumfest in Montego Bay. At the front of the stage, girls scream and try to clamber over the fence to get to him.

"Thank you," I say. He doesn't reply but instead takes my left hand and kisses the palm. Then he kisses my right hand. After that he kisses the inside of my wrist, before moving to the dip below my shoulder, and the hollow at the base of my throat. He is very good at this. I was going to talk to him about something important and now I can't remember what it was.

His touch is feather light and his lips on mine are tender as he lowers me back on to the pillows. The Kai on TV is ripping off his shirt as the audience rails up. I can see one girl in the audience watching him with a knowing smile on her face. I wonder if they've met.

By the time Kai takes off my T-shirt and pins me underneath him, I forget about the show on the television.

Go ahead and judge me if you want. You don't know what it's like.