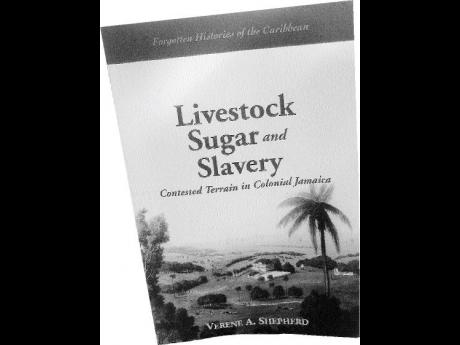 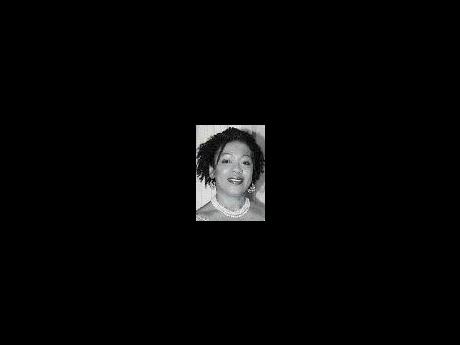 Most books of West Indian history invariably document the part that European demand for sugar played in the perpetuation of plantation slavery in the Caribbean. Sugar cane land then was essential to European and Creole planters; land was as precious as the crop cultivated thereon.

Yet, many historians have either failed to write about or simply refused to discuss the fact that apart from sugar cane cultivation there were other commercial uses for land during slavery. "By engaging in the production of livestock that found a ready market on the sugar estates, Jamaican pen-keepers created a niche for themselves in the sugar plantation society." Thus, there was competition for lands between sugar and non-sugar stakeholders.

As such, the subtitle for Livestock, Sugar and Slavery is Contested Terrain in Colonial Jamaica. In the preface, Professor Shepherd, a social historian at the University of the West Indies, says Jamaica's history "has been characterised by conflict over terrain, physical and ideological - border clashes from the moment of the island's capture by the Spaniards, through the period of English and British socioeconomic and political domination and into the postcolonial period".

The first in the series, Forgotten Histories of the Caribbean, the book was launched in December. It is principally about the competition between livestock-rearing interests and sugar cane planters for terrain and status during slavery in Jamaica. "Of significance for the thesis of this book is that there was competition initially between pens and plantations for the most suitable land for production. The contest over terrain later extended to markets and lines of trade...," Shepherd writes in Chapter Two.

"It is within this context of contested terrain in colonial Jamaica that this book is inserted. Its central focus, though, is on the contest over land for commodity production between sugar planters and dedicated livestock farmers, styled pen-keepers, in Jamaica, and the results/implications of that contest," Shepherd says in the introduction, which, inter alia, discusses the various periods of territorial struggle in Jamaica's history.

"The book also examines the contest over socio-political status between sugar and non-sugar producers within the context of a social system that constructed a hierarchy among land users, direct involvement in the sugar industry being equated with high status, and political office dictated by level of economic wealth."

Two hundred and seventy-nine pages of interesting and informative data and analysis it is, covering topics such as: Raising Livestock in the Pre-Plantation Era; The Interplay of Livestock and Cane: Contests over Land for Commodity Production; Trade and Exchange - Contesting the Classic Plantationist Trading Arrangement; The Pen-Keepers - Emergence, Demographic Profile and Economic Status; The Pen-Keepers - Socio-Political Status, Ideology, Relationships and the 'Ranking Game'; The Enslaved on Pens: Demographic Profile and Work Culture; Contesting Slavery - Negotiations for Freedom in a Slave System; and Post-Slavery Adjustments.

Among the conclusion was the point that "theoretically, the sugar economy afforded a relatively substantial market capable of acting as a dynamic factor for the development of the island ... however ... such potential dynamism was not directly entirely towards the pen sector that in turn was unable to respond adequately to the market opportunities represented but the sugar economy".

Hilary McD. Beckles, general editor, Forgotten Histories of the Caribbean, in the foreword, says the series seeks to challenge all scholars to set out on the path of discovery, to uncover evidence that may be obfuscated by the power of dominant paradigms. New and innovative research, as well as critical reflection, is encouraged.

Livestock, Sugar and Slavery, he says, "by focussing on the development of the cattle industry, is presented as an example of the commercial diversity that shaped the Caribbean economy in the slavery period. Understanding slavery on the Jamaican pens will add new and innovative perspectives to our comprehension of Caribbean historiography. It will certainly change our approach to the future study of the slave economy and society."