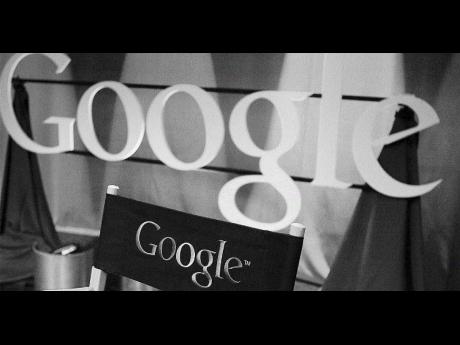 How to help prop up the ailing music industry? Tax Google, suggests a new report commissioned by the French government.

The report, handed to Culture Minister Frederic Mitterrand on Wednesday, says Google and other Internet portals should be slapped with a new tax on their online ad revenues in France to fund the development of legal outlets for buying books, movies and especially music on the Internet.

The proposal is the latest idea to emerge amid France's efforts to fight illegal file-sharing and impose order, French-style, on the free-for-all that is the Internet.

The plan "seemed inevitable to us, if we want to maintain a certain pluralism in the culture world" and prevent the "endless enrichment of two or three world players who will impose their cultural formatting on us", Patrick Zelnik, a record producer who helped lead the commission, was quoted as telling Liberation newspaper.

Google appears cool to the idea but sought a conciliatory tone. Google France's public affairs director said the company told the commission it wanted "cooperation between Internet players and the cultural fields to develop new models".

Olivier Esper said there were opportunities to promote innovative solutions "instead of continuing on a path that opposes the Internet and the cultural worlds, for example the path of taxation".

President Nicolas Sarkozy said he planned to push forward with several of the report's ideas. Though he did not specifically mention the Google tax, he said the report's authors "rightly have proposed" asking French competition authorities to weigh on "Google's dominant position in the online ad sector".

Along with Google, the report cites Microsoft, AOL, Yahoo! and Facebook. The French branch of Microsoft did not immediately respond to requests for comment, nor did officials at Facebook and AOL in the United States.

Christophe Pelletier, communications director of Yahoo! France, said the commission had not contacted the company for input and said it seemed to "stigmatise American companies."

Critics say the plan would be messy to implement and that Internet portals would shoulder an unfair share of the burden.

"Where does it start and stop? The argument is that Google has culpability for declining music revenues because people start searches for illegal files often by Google," said Mark Mulligan, vice president of Forrester Research. But "what about the computers? Because without the computer people wouldn't be able to download. And then what about the electricity that powers the computer?"

The proposal is still in the early stages, and the report doesn't spell out specifics like exactly how much new tax the portals would pay, on top of the taxes that they, like all companies, already contribute. It does estimate, however, that "given the size of the ad market on the Internet, this measure could eventually bring in €10 million (US$14.3 million) a year."

While debate on the proposal has focused on the unusual so-called 'Google tax', the report also suggests that the sales tax should be raised on triple-play packages of video, Internet and phone service. France should rally fellow European nations to support its efforts, the document says.

The panel concluded that its most urgent goal is to promote legal music sales over the Internet. One way to do that, it suggests, is to offer youths a card for buying online music, which would be partly government-subsidised.

The tax on Web portals and Internet service providers would help pay for the subsidies as well as for a publicity campaign about the music cards, the report says. To a lesser extent, the money would also fund other cultural efforts, including digitising more books and promoting efforts to make more films available for online purchase.

Altogether, the mission says, its proposals should cost about euro50 million in 2010, and euro35 to euro40 million in the two years after that.

The French society of authors and composers praised the ideas as "audacious and pertinent".

Sarkozy's government is making efforts to regulate the Web and protect intellectual property in the Internet age. Lawmakers here recently passed legislation that would cut off people caught illegally downloading movies and music from the Internet, and authorities are debating how to best respond to Google Book's request to digitise French libraries' collections.